Despite poor weather, many French people attended the celebrations in Paris. 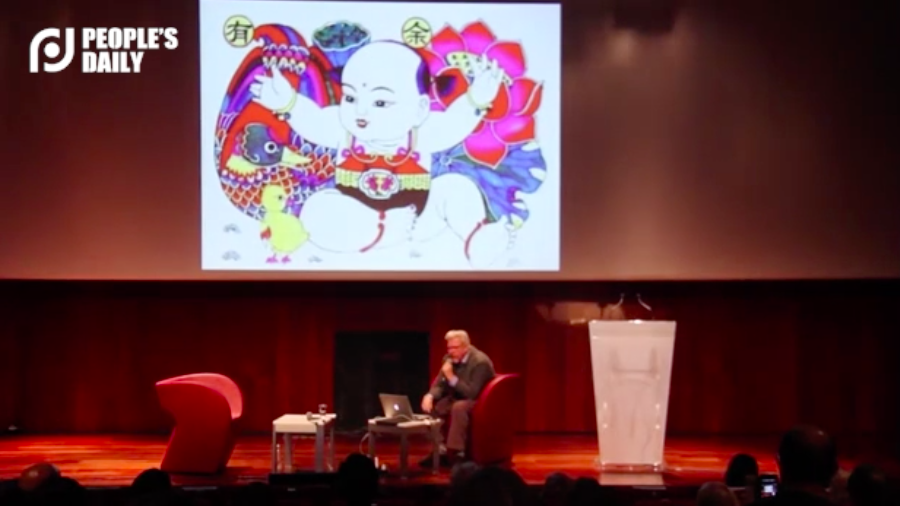 Internationally acclaimed Chinese writer Mai Jia, whose works include Decoded, In the Dark, and The Message, which had been translated into several languages, participated in the event. He talked about his writing experiences and the meaning of Chinese literature.

Cyrille J-D Javary, a leading French Sinologist, explained the implication of some Chinese customs that he observed during the Spring Festival in China. The two conferences were followed by the film The Message, adapted from Mai's work, and a concert performed by the Shenzhen Chamber Orchestra.

Zhai Jun, the Chinese Ambassador to France, said in his speech that the Sino-French cultural exchange has a positive impact on both countries' civilizations. He said France's Voltaire had praised the Chinese philosopher Confucius and was inspired by the Chinese opera Orphan of Zhao, which dates back to the Yuan Dynasty, to write the book called Chinese Orphan. Victor Hugo, Balzac, Stendhal and many other French writers are well known in China. Zhai said he hopes the French would appreciate the charm of Chinese culture and the force of cultural exchanges between the two nations through celebratory events.

Laurence Engel, President of BnF said there have been extensive cultural exchanges between China and France and the BnF will continue to promote and recommend Chinese authors to French readers.