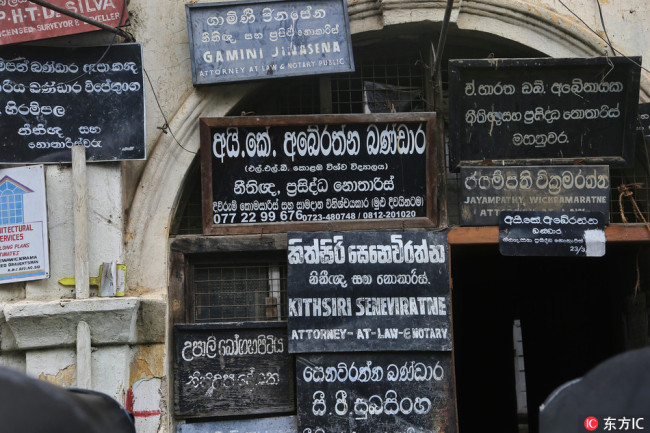 Signs advertising the services of lawyers in the city of Kandy, Sri Lanka, September 4, 2017. (Photo: IC)

The president could decide at the end of the 10 days to extend the state of emergency, the report added.

Sri Lanka declared a state of emergency after Buddhist-Muslim clashes, India’s The Economic Times reported. Buddhists and Muslims recently clashed in the Central district of Kandy.

Tensions have been rising between Buddhists and Muslims in the past year. Some hardline Buddhist groups accuse Muslims of forcing people to convert to Islam and destroying Buddhist archaeological sites.