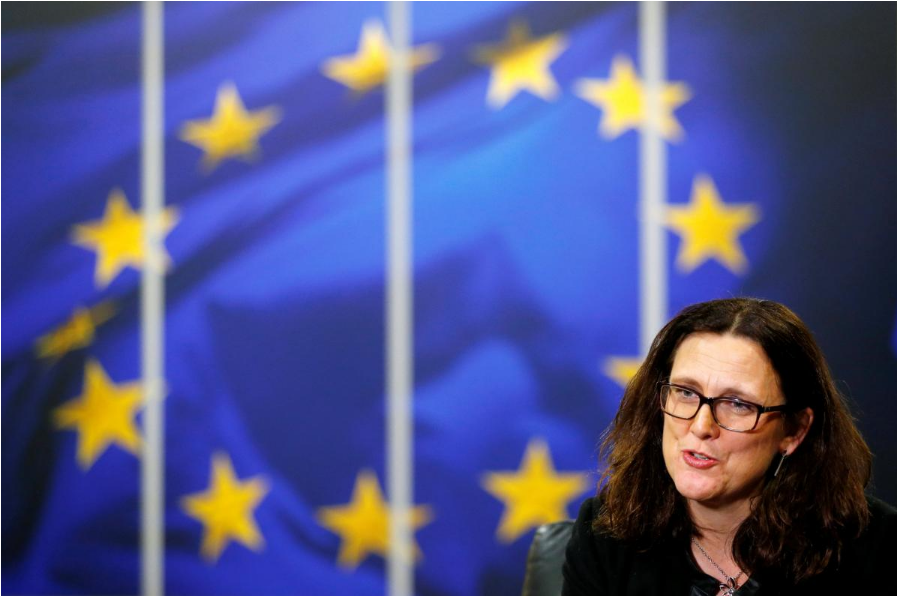 The European Union’s trade chief is unsure what Washington wants in return for a permanent EU exemption from steel tariffs but she warned on Friday that she would resist pressure to cut EU duties on U.S. cars.

European Trade Commissioner Cecilia Malmstrom, who will lead negotiations on behalf of the 28-state European Union, said it was not clear from her talks with U.S. counterparts this week what would satisfy the ultimate arbiter in the White House.

“That is what we need to work out,” she told Reuters in a telephone interview.

Trump has given the EU and six countries until May 1 to negotiate permanent exemptions from tariffs of 25 percent on steel and 10 percent on aluminum.

The EU was already cooperating with the United States on efforts to tackle trade practices, notably in China, which encouraged overcapacity of steel and aluminum, Malmstrom said, and this was one of the sectors raised by U.S. Commerce Secretary Wilbur Ross for discussion.

“Then ... they always come back to these car tariffs,” she said, referring to longstanding U.S. gripes over EU duties.

“If you have analyzed all the speeches by President Trump, he seems to think that, and I’m almost quoting him, that the rest of the world is cheating the U.S., that we have unfair trade practices,” she added.

The EU disputes Trump’s line on tariffs and his emphasis on cars, for which the U.S. tariff, at 2.5 percent, is lower than the EU’s 10 percent. For other products, such as trucks, U.S. tariffs are higher than Europe’s.

Malmstrom said the EU, too, had a long list of “trade irritants” with Washington. These include the Buy America Act that requires federal funds for road and rail projects to be spent on American-made goods, and the Jones Act, which requires goods shipped between U.S. ports to be transported on U.S. ships crewed by U.S. citizens.

“These are things that would be mutually beneficial if we can solve, and we’re always willing to engage but we need to know what is the expected outcome for May and how serious is that deadline,” Malmstrom said.

Malmstrom said the May 1 deadline could be a way to apply pressure to talks with NAFTA countries Canada and Mexico and with South Korea on updating their free trade deals, but that no one was proposing to revive stalled EU-U.S. free trade talks.

“I’m not sure exactly what this deadline means and what they are expecting from this,” she said. “The EU is certainly not negotiating anything under threat, especially when we don’t really know what it is.”