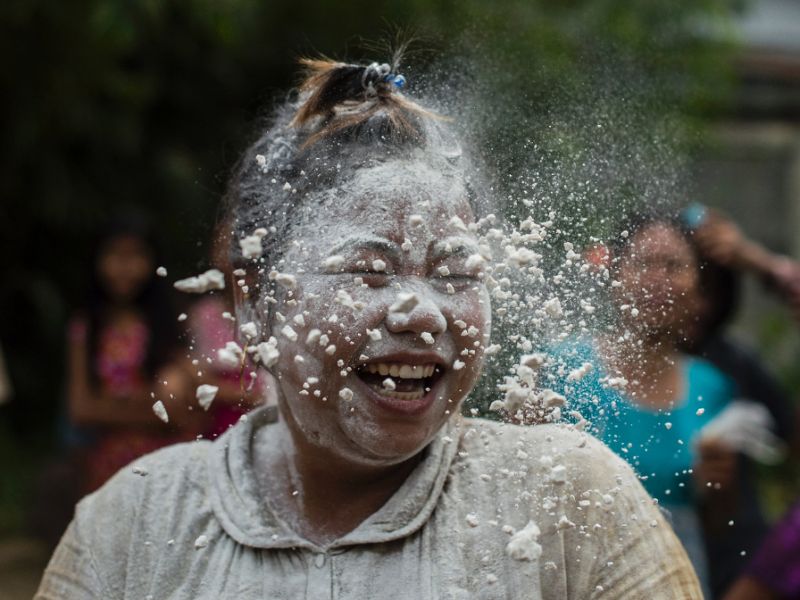 The national holiday saw roads blocked off with pop music and live commentary blasting from sound systems in a cross between a street festival and a public sports day.

In Yangon's northern suburb of Insein, onlookers cheered a young boy as he endeavoured to climb up an oiled, suspended banana trunk to reach the Myanmar flag at the top -- a symbol of the nation's long struggle for independence.

"We need to remember this day every year. It's important for the whole country," organiser Ye Yint, 27, told AFP, sporting a Manchester United top. 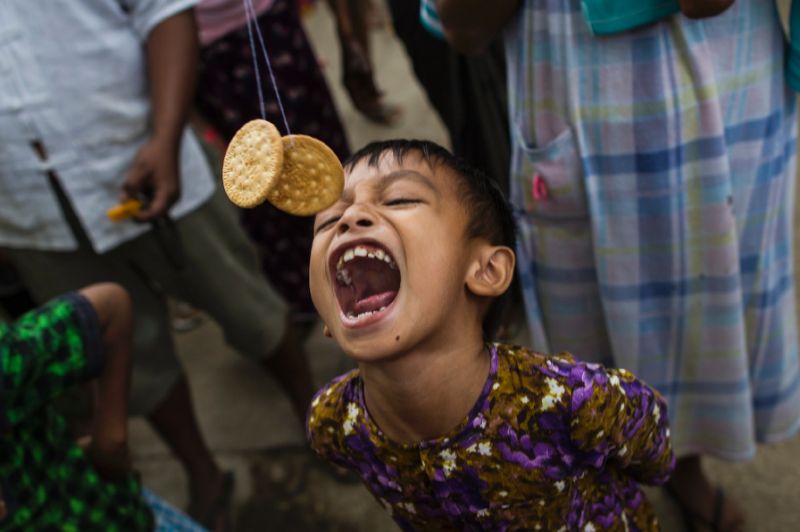 Yet official celebrations for the 70th anniversary were kept low-key despite the renewed patriotic fervour that has gripped Myanmar as it faces global condemnation of alleged military atrocities committed against the country's Rohingya Muslim minority.

Vice President Myint Swe was the highest-ranking official to attend a solemn ceremony that started before dawn broke in the capital Naypyidaw. 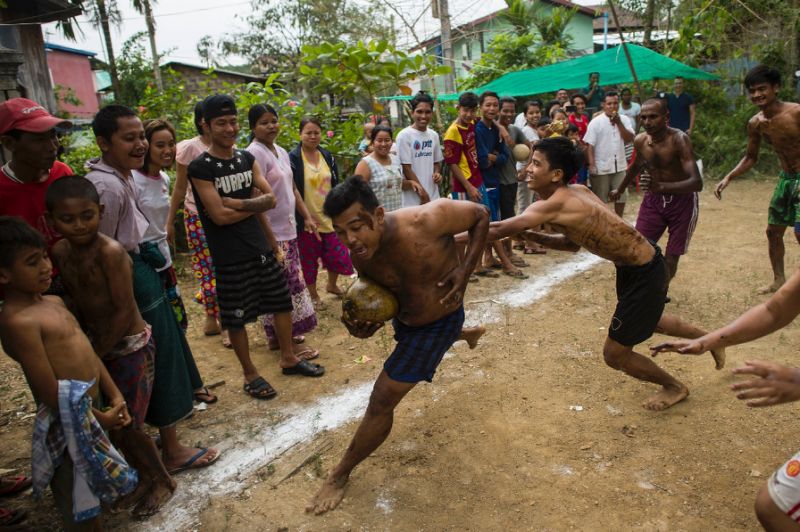 But the day's meaning was not lost on ordinary people, 18-year-old Aung Thant Kyaw explained, after several bruising rounds saw him crowned champion in a wrestle for a coconut covered in grease.

"Our Independence Day hero General Aung San and his comrades fought to give our country independence," he said of a national hero who was assassinated months before Myanmar secured the independence he struggled for.

"So today we play games to celebrate our freedom and to honour him."

Other competitions included a cushion fight on a bamboo pole over a muddy pond of water, a race to snatch mouthfuls of suspended biscuits with no hands and a team competition to pass scoops of flour by hand.

But the most eye-watering was an extreme version of the 'three-legged' race for pairs of naked young boys, running along with their penises tied together using a length of ribbon.

There was jubilation for the winners but tears for the losing team who fell over halfway along the track.