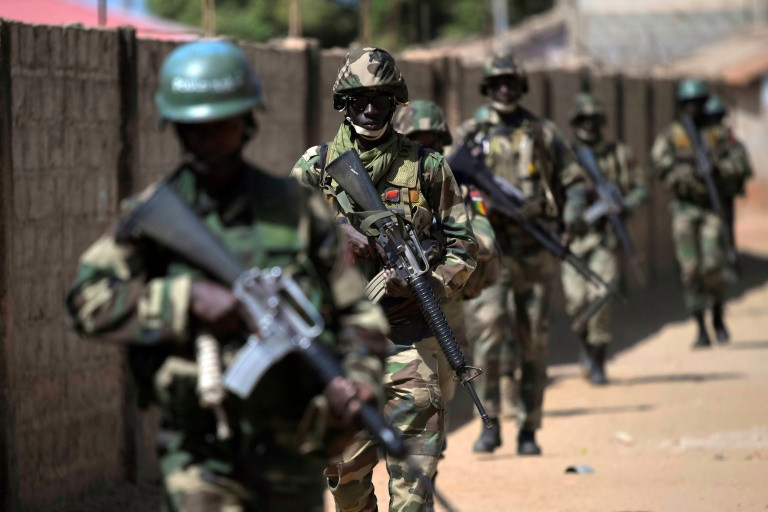 The killings mark the first upsurge in violence in the isolated region in years. Photo: AFP/Carl De Souza

Gunmen ordered youths to lie on the ground deep in the forest of Casamance before summarily executing 13 of them, a survivor said Sunday following the first upsurge in violence in the isolated Senegalese region in years.

Survivor Amadou Diallo said the youths were rounded up while collecting wood in the Bayotte forest, 20 kilometres (12 miles) from Ziguinchor, the regional capital.

Two armed men stopped Diallo early in the morning, he told local radio. "They made me give them my phone and join others who were arrested before me... They got us to take off our shoes and lie down, then fired on us before withdrawing. I wasn't hit."

A source in Ziguinchor said 13 youths were killed, while army spokesman Abdou Ndiaye told AFP seven others were injured.

The Senegalese Press Agency said the assailants would have passed a buffer zone between the Senegalese army and separatist rebels of the Movement for Democratic Forces in Casamance (MFDC).

Abdoulaye Balde, a former armed forces minister and deputy mayor of Ziguinchor, said those responsible were likely outside the peace process in a region where rebels began fighting in December 1982 -- though they have long ceased attacks on soldiers.

"We have not been able to identify" the groups responsible, Balde told AFP.

But he added that the gunmen were "according to information at our disposal perhaps not fully associated with the peace process."

"When you negotiate with the main (MFDC) leaders, dissidents are often not involved," said Balde, who called the attack a surprise while noting that "we knew peace was precarious" in the tense region.

Sall has "ordered that the perpetrators of this criminal act be found and brought to justice," the government statement said, adding that the ministerial delegation would "evaluate the security situation and offer the nation's condolences to the families".

The army deployed 150 troops to evacuate the victims and flush out the attackers, while the dead were taken to a hospital morgue.

Casamance, separated from the rest of Senegal by The Gambia, has been calm for several years since Sall took power in 2012, though peace talks have failed to yield a definitive settlement.

"There had been no tensions lately, no warning signs," the army spokesman said.

Ziguinchor governor Ibrahima Sakho said he thought the attack would not derail the peace process. "There's an irreversible dynamic in the direction of peace," Sakho said in remarks carried by the news website PressAfrik.

Former colonial power France, whose tourists visit other areas of Senegal in droves, removed Casamance from its list of danger zones in October 2016.

The attack came a day after the army released two MFDC fighters following negotiations spearheaded by Rome's Community of Sant'Egidio, a charity with ties to the Vatican specialising in peace mediation.

The Casamance separatist movement left thousands of civilians and military personnel dead and forced many to flee over three decades, as well as hurting the economy dependent on agriculture and tourism.

In a New Year's message last Sunday, Sall appealed to the Casamance rebels to continue talks to create a "definite peace".