British Prime Minister Theresa May met European Union chief executive Jean-Claude Juncker before dawn in Brussels on Friday after a night flight from London, apparently having clinched a deal to open talks on post-Brexit trade.

Neither answered when asked if a deal was done as they shook hands after May arrived at the European Commission's building but shortly afterwards Juncker's chief-of-staff tweeted a picture of white smoke emerging from a Vatican chimney - an indication that the European Union believes a deal is done. 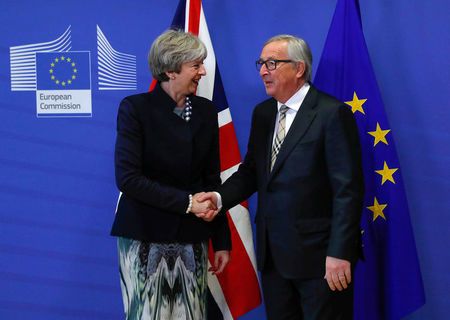