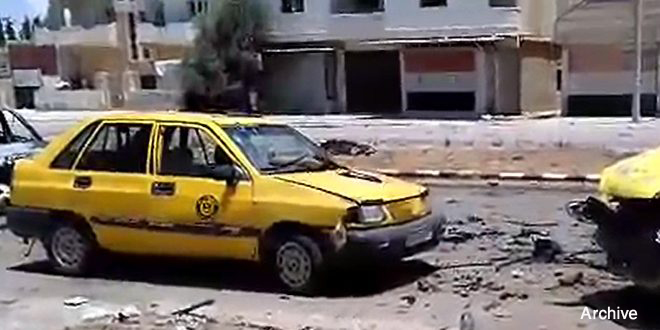 At least six people were killed and 21 others wounded on Friday when a suicide bombing hit the southern countryside of Quneitra, state news agency SANA reported.
The bombing targeted the town of Hadar in the countryside of Quneitra, said SANA, giving no further details.
Meanwhile, activists said a suicide car bomb targeted a position of Syrian soldiers and allied fighters in that area amid clashes between the government forces and the rebels.
The Syrian government has repeatedly accused Israel of supporting the rebels in Quneitra, which is adjacent to the Israeli-occupied Golan Heights.
Israel has repeatedly targeted Syrian military posts in Quneitra, saying it retaliates against the firing of mortar shells onto the occupied territory.