HEADLINE Survivors of deadly school shooting lash out at Trump

Survivors of deadly school shooting lash out at Trump 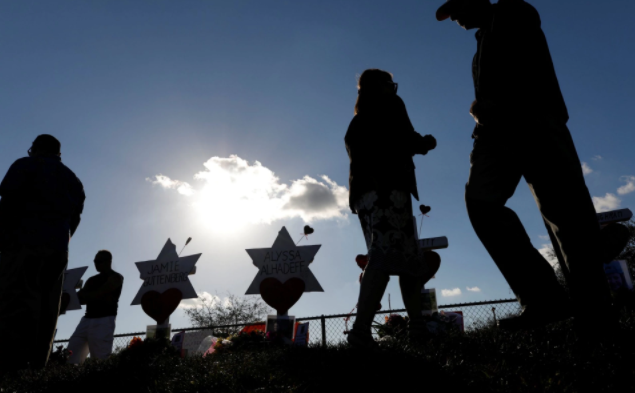 Friends and well wishers pay their respects to the 17 people who died in the Florida school shooting at a memorial. (Photo: Reuters)

Students who escaped the deadly school shooting in Florida focused their anger Sunday at President Donald Trump, contending that his response to the attack has been needlessly divisive.

"You're the president. You're supposed to bring this nation together, not divide us," said David Hogg, a 17-year-old student at Marjory Stoneman Douglas High School in South Florida, speaking on NBC's "Meet the Press." 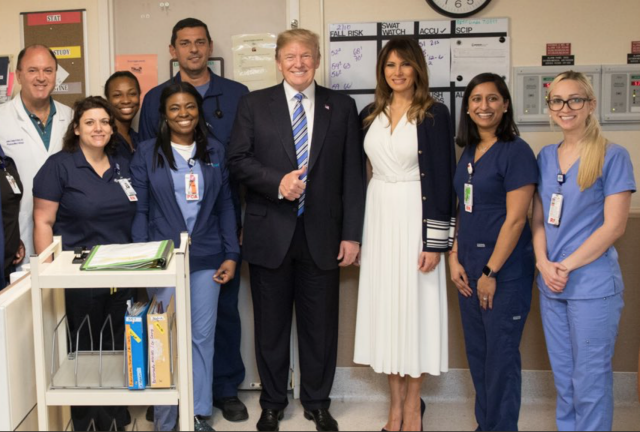 Trump shared images from his visit to a Florida hospital where victims are still recovering after a gunman, armed with an AR-15 rifle, killed 14 students  and three teachers Wednesday. In spite of the horrific tragedy, the photos show Trump smiling, happy, even giving a thumbs-up,  while he posed with those injured, their families and first responders. (Photo courtesy Twitter)

Hogg was responding to Trump's tweet Saturday that Democrats hadn't passed any gun control measures during the brief time they controlled Congress with a supermajority in the Senate. Trump also alluded to the FBI's failure to act on tips that the suspect was dangerous, while bemoaning the bureau's focus on Russia's role in the 2016 election.

Trump was at his Florida estate Sunday but did not mention the attack in a series of tweets. After more than a day of criticism from the students, the White House said the president would hold a "listening session" with unspecified students on Wednesday and meet with state and local security officials Thursday.