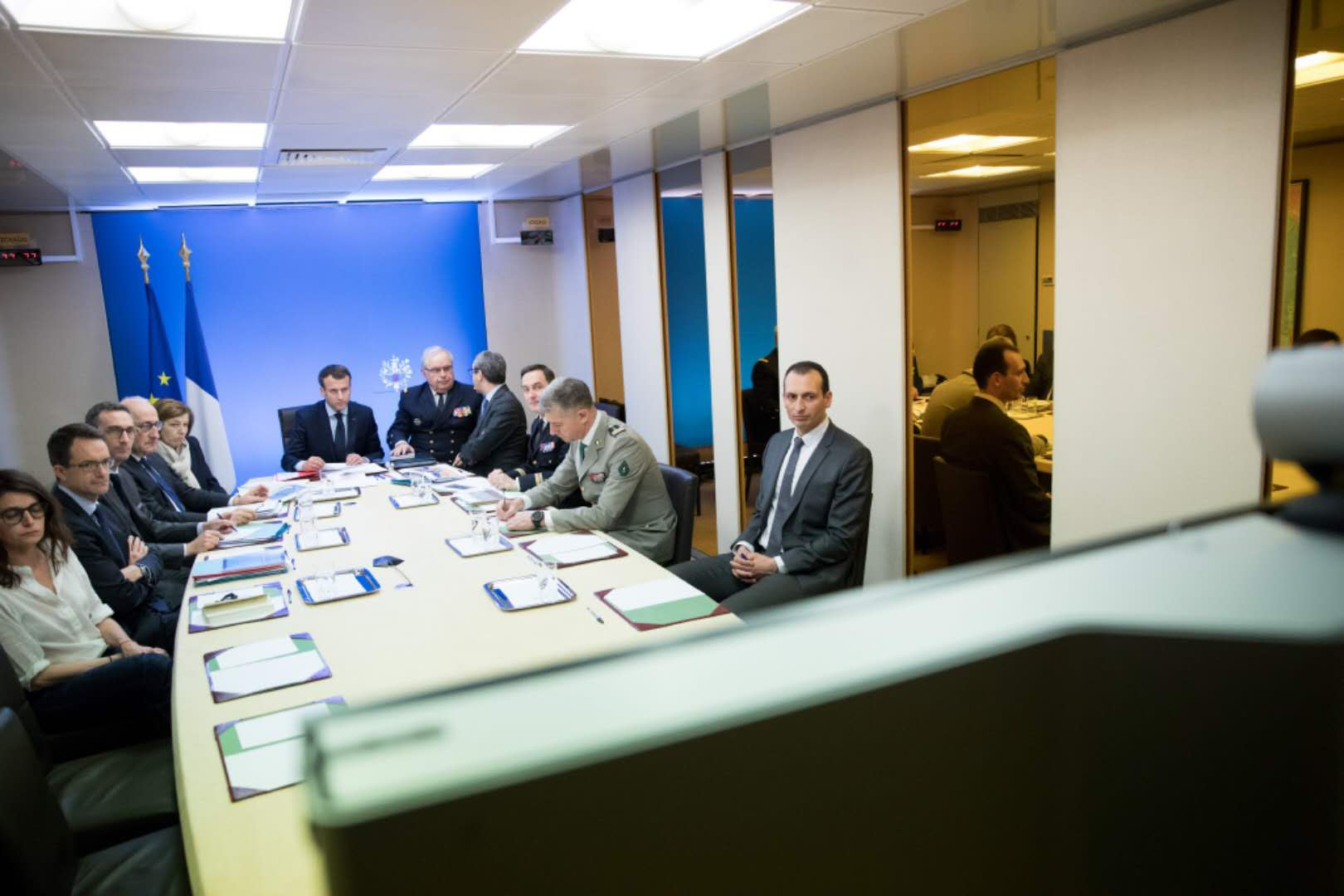 Macron is commanding the air strike to Syria

Paris (People's Daily) - French President Emmanuel Macron said Friday that he had ordered the French to join forces with the US and UK to intervene against “the clandestine chemical weapons arsenal of the Syrian regime”.

"The red line declared by France in May 2017 has been crossed", Macron said when talking about the chemical attack last week, noting "the facts and the responsibility of the Syrian regime are not in doubt".

The strike was limited to "Syrian facilities enabling the production and employment of chemical weapons", he added.

A domestic parliamentary debate will be organized following his decision, according to Macron.