DAMASCUS, April 10 -- The Syrian Foreign Ministry said Tuesday it has sent an invitation to the Organization for the Prohibition of Chemical Weapons (OPCW) to send a fact-finding mission to investigate allegations of chemical weapons use in Damascus' eastern district of Douma, according to state news agency SANA. 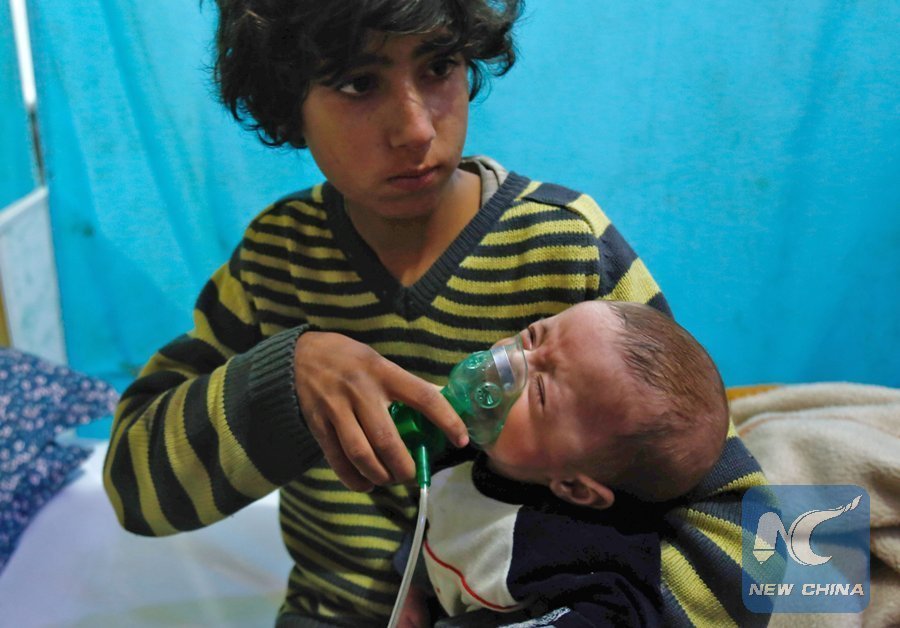 A Syrian boy holds an oxygen mask over the face of an infant at a make-shift hospital following a reported gas attack on the town of Douma in the eastern Ghouta region on the outskirts of the capital Damascus on January 22, 2018. (Xinhua/AFP)