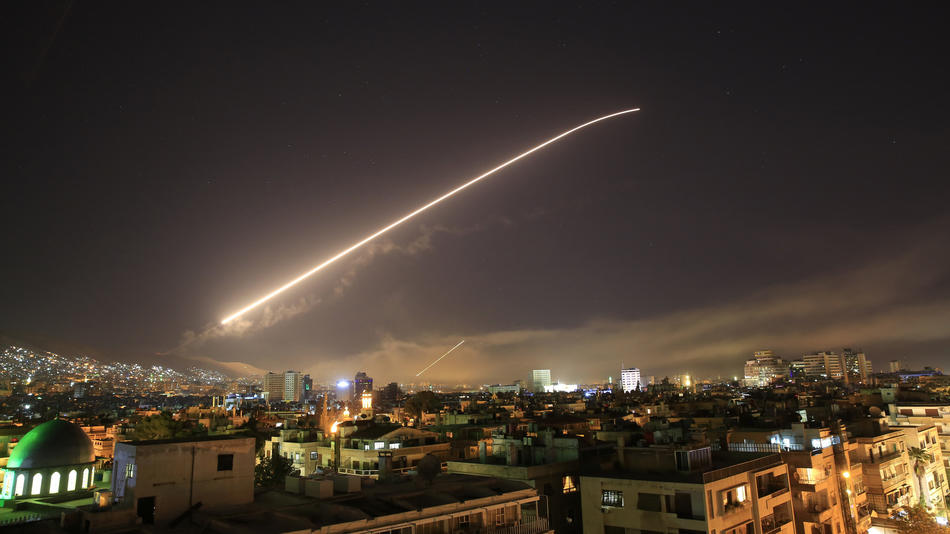 The Damascus sky lights up with missile fire as the US launches an attack on Syria targeting different parts of the capital early April 14, 2018, in retaliation for the country's alleged use of chemical weapons. (Photo: AP)

Moscow (People's Daily) - Russian Defense Ministry announced on Saturday that the air defense systems in a military airport, east of Damascus, capital of Syria, successfully thwarted the 12 missiles launched by the US, the UK and France.