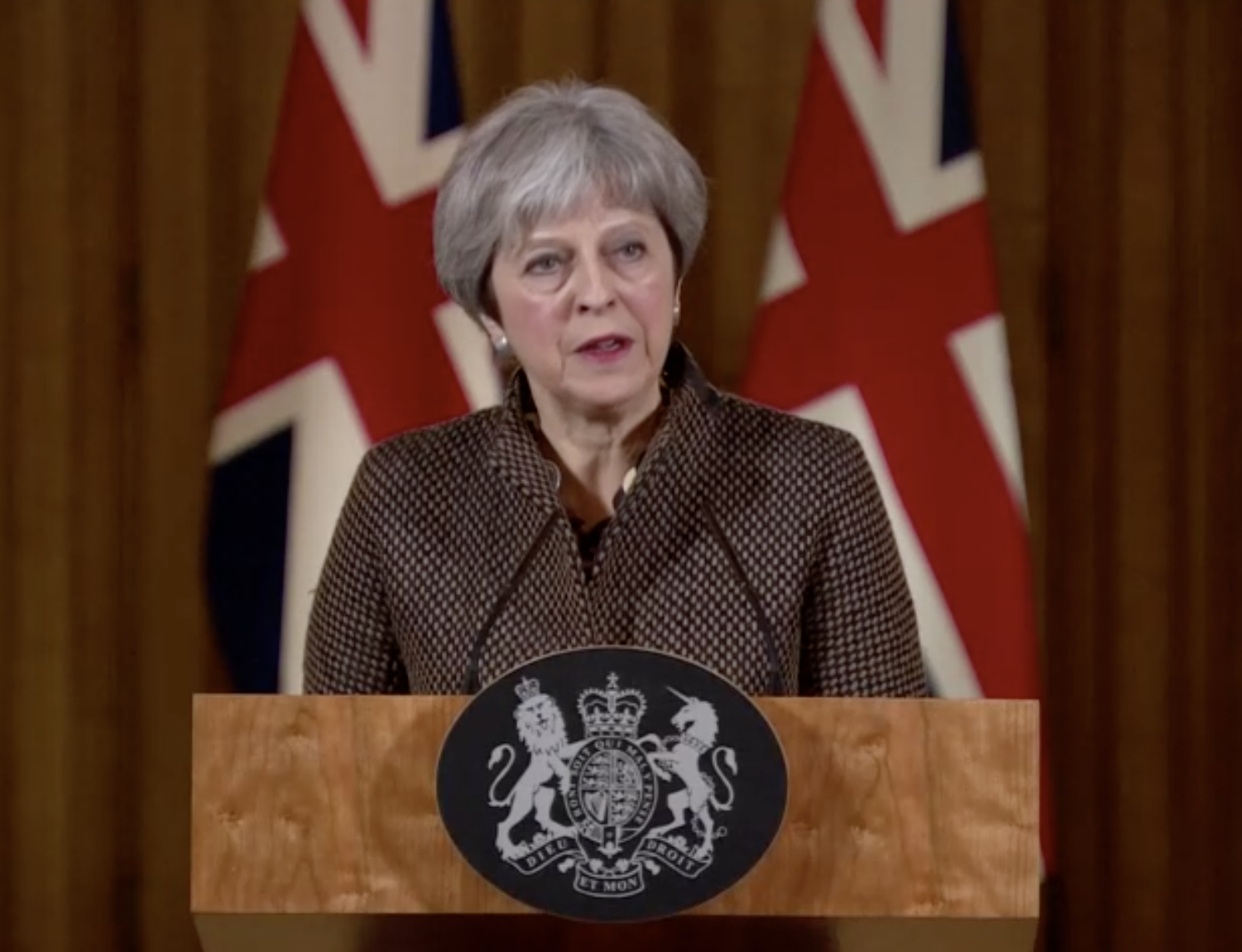 It’s legal and right to take military actions with allies and the strikes sent a clear message that the use of chemical weapons is intolerant, said British Prime Minister Theresa May Saturday.

Speaking at a televised press conference, May said reports showed no group other than the Syrian government could have carried out a suspected chemical weapons attack in Douma last week.

After political approaches to deter the chemical attacks failed, it’s “legal and right” to take military actions with allies to eliminate humanitarian sufferings, May told reporters.

May said she believed the strikes would significantly degrade the Syrian government’s ability to research, develop and deploy chemical weapons and the collective military actions sent a clear message that the country will not stand by and tolerate the use of chemical weapons.

However, the UK did not rule out the possibility of addressing Syrian humanitarian crisis through peaceful ways.

“It’s not about interfering in a civil war. It’s not about the regime change. It’s a limited and targeted military strike with clear boundaries,” May stressed, adding that “the best hope for the Syrian people remains through political solutions.”