Syria strikes: China opposes use of force in international relations

Any unilateral military actions that bypass the Security Council are against the purposes and principles of the “UN Charter”, Foreign Ministry spokeswoman Hua Chunying told a daily briefing on Saturday. 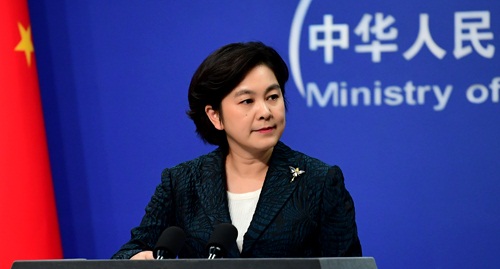 China believes that regarding the suspected chemical weapons attack in Syria, a comprehensive, impartial and objective investigation should be carried out to reach a reliable conclusion that can stand the test of time. Yet before that, a prejudgment should not be made.

China believes that political settlement is the only viable way out for the Syrian issue. Relevant parties of the international community should continue to support the role of the UN as the main channel for mediation and make relentless effort to facilitate the final settlement of the Syrian issue.

The Chinese government takes the safety of Chinese citizens there very seriously, and the Chinese Embassy in Syria has maintained close communication with them. They are all safe so far.

China's Ministry of Foreign Affairs and the Chinese Embassy in Syria once again reminded Chinese citizens that they should not go to Syria in the near future.