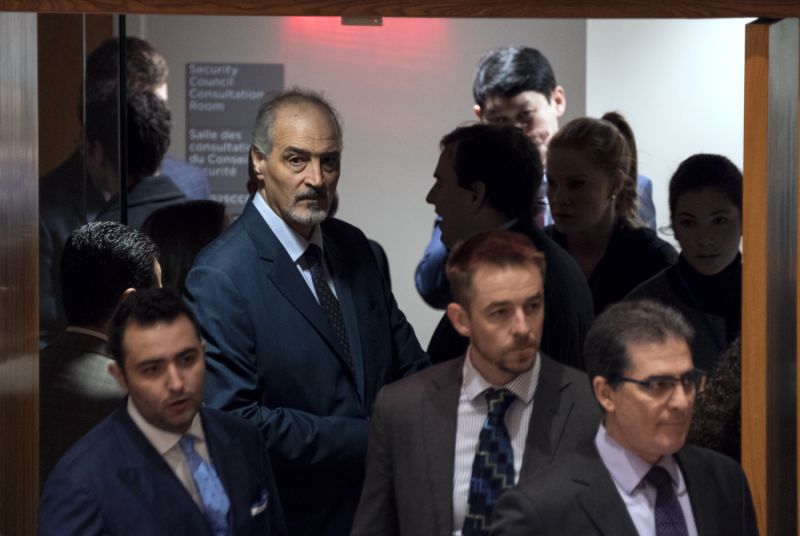 The newly-announced ceasefire in Syria marks a major step forward towards a political solution to the country's crisis, but a political settlement remains uncertain considering the complexity of Syria's situation.

The UN Security Council on Saturday unanimously adopted a resolution demanding a ceasefire of at least 30 days that would allow humanitarian access and urgent medical evacuations.

"Going forward, the international community should work together to ensure the full implementation of the just adopted Resolution 2401 so that it can play a positive role in improving the humanitarian situation in Syria," Ma Zhaoxu，China’s permanent representative to the United Nations, told the Security Council after the vote.

Resolution 2401 demands an immediate cessation of hostilities for "a durable humanitarian pause of at least 30 consecutive days throughout Syria" to enable the safe, unimpeded and sustained delivery of humanitarian aid and services and medical evacuations of the critically sick and wounded.

Recently, unprecedented military reinforcements started gathering on the outskirts of Eastern Ghouta, Damascus. The Syrian government says it is targeting terrorists there.  Rebel groups in the area fired mortars into Damascus this week, causing dozens of deaths and injuries, state media reported. According to The London-based watchdog group Syrian Observatory for Human Rights, at least 500 people have been killed by the heavy bombardment on Eastern Ghouta since Feb. 18.

Some local media say that the truce may allow the access of urgent humanitarian aid to the war-torn country. According to the Syrian Observatory for Human Rights, More than 310,000 people have been killed in Syria's six-year war.

Anas Joudeh, head of the Nation Building Movement, says that the ceasefire resolution is a "big step," but adds that "that doesn't negate the fact that we are in front of a new phase that commits everyone to lifting the siege everywhere and allows all medical institutions and organizations to move freely."

Since January, Turkey has been conducting a military offensive in northwestern Syria against Kurdish fighters it views as terrorists and the US views as counterterrorism allies. The Kurds and Syrians were competitors, but in Afrin they are allied against Turkey. Given that the Kurdish YPG is also backed by the US, whose ally is Turkey, the situation is truly complicated.

What’s more, a political settlement remains dim. “It’s never been as much of an international war as it has now become … I know it’s always been portrayed as that, but that was never really true,” said Faysal Itani, an expert on the Syrian conflict at the Atlantic Council.

"We’re moving from the Syrian civil war to the Syrian war,"just as Lebanon’s civil war morphed into an international contest over Lebanese territory in the 1970s and ’80s, said Andrew Tabler, a Syria watcher at the Washington Institute.

Some argue that the Syrian war has become a proxy war between the world’s two largest military powers, the US and Russia; between two NATO members, the US and Turkey; and between sworn enemies, Israel and Iran. But the dialogue is still the key to solving the crisis. All Syrian parties should adopt flexible positions and advance the political process through dialogue in order to restore national stability and social order in Syria.