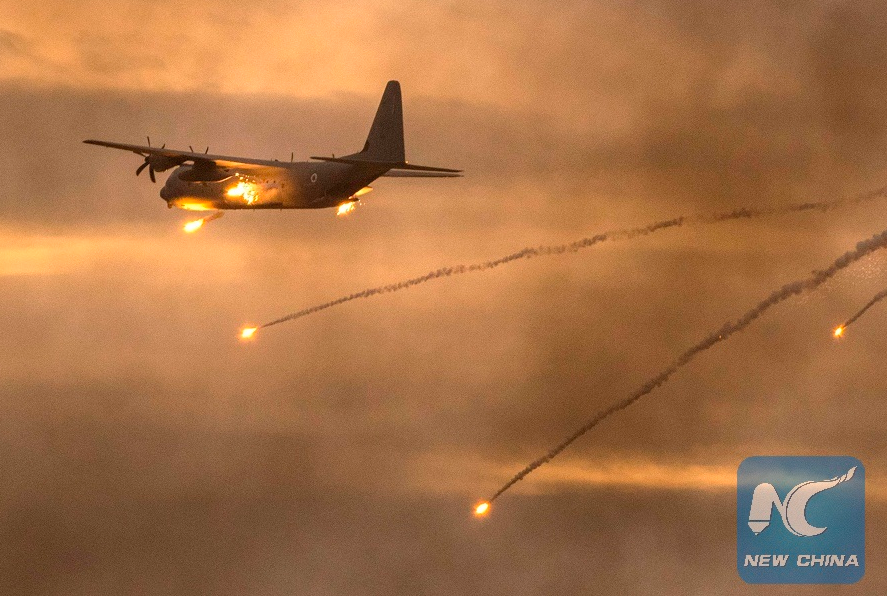 Syrian air defense on Wednesday destroyed most of Israeli missiles targeting military position in the countryside of Damascus. (AFP Photo)

The Syrian air defenses destroyed most of the Israeli missiles targeting a military position in the countryside of the Syrian capital Damascus early Wednesday, the Syrian army said in a statement.

The Israeli warplanes fired the missiles from inside the Lebanese airspace, it noted.

The army warned of the dangerous repercussions of the Israeli attack and its "repetitive aggressive adventure."

It also highlighted its readiness to foil any future aggression.

No further details were revealed about the exact location of the attack but other reports said the missile attack targeted the Scientific Research Center in Jamraya in the west of Damascus.

The same position had been targeted by the Israelis twice before.

Israel has repeatedly warned that it will not tolerate Iranian influence in Syria or support to the Iranian-backed Hezbollah group.