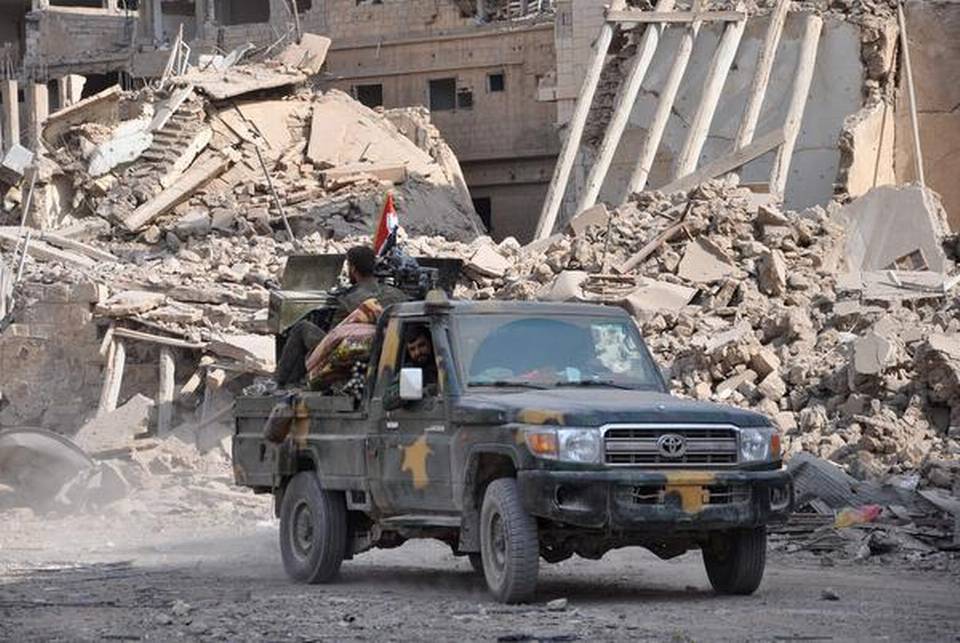 The Syrian army and its allies have taken Albu Kamal, Islamic State's last major stronghold in Syria, representing the end of Islamic State's project in the region, the army general command said on Thursday.

The army said it is now fighting the last remaining IS pockets in the country’s eastern desert, an army statement said.

"The liberation of Albu Kamal city is very important because it signals the general fall of the terrorist Daesh organization's project in the region," a statement from the general command said.

Alongside Lebanon’s Hezbollah and other Shi‘ite militias, and backed by Iran and Russia, the Syrian army has recently seized swathes of land from Islamic State.

Albu Kamal, on the Euphrates River, is located in Syria’s eastern Deir al-Zor province on the Iraqi border.

On Wednesday, during the battle, Hezbollah forces entered Iraq and the Iraqi Popular Mobilisation Forces crossed into Syria to help capture the town, a commander in the pro-Damascus alliance told Reuters on Wednesday.