HEADLINE Taiwan Travel Act: What signals does it send?

Taiwan Travel Act: What signals does it send? 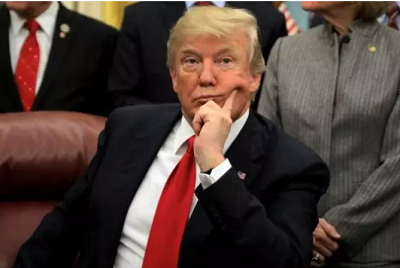 US President Donald Trump’s signing of the Taiwan Travel Act on Friday has become a piece of sensational news, said an article published at haiwainet.cn.

What is Taiwan Travel Act? To put it in a simple way, it allows US officials at all levels to enter Taiwan, and allows Taiwanese high-ranking officials to visit the US “under respectful conditions” to meet their counterparts from the US Department of Defense and the US State Department. In addition, Taiwanese economic and cultural representatives are encouraged to conduct businesses in the US.

When we look back, from the National Defense Authorization Act to Taiwan Travel Act, what signals does the turbulence between China and the US send to the international arena?

To begin with, various challenges have been cropping up in Sino-US relations after the signing of the travel act.

The US regards China as its major strategic competitor and will soon introduce a package of measures for its “trade war.” In this sense, the Taiwan Travel Act will further add new uncertainties to Sino-US relations and become a tool for the US to contain China.

President Trump claimed he would impose trade sanctions on China even before he was elected. Since he took office, Trump has frequently inserted himself in the Taiwan question, by talking with Tsai Ing-wen over the phone, violating the one-China principle. Trump’s “businessman-like bargaining” is an important element of his governance style. And Taiwan is only his bargaining chip to make a big deal.

Since Tsai took office, the cross-strait relations have become more strained, which makes the authorities in Taiwan more inclined to seek help from the US.

There are two more reasons for the US to pass the Taiwan Travel Act. One is that the US Congress and other departments aim to contain the Chinese mainland’s rapid development. The other is that Taiwan has decided to take the offensive when facing the pressure from the mainland. These reasons echo each other and send a negative signal to the Chinese mainland.

However, both the Taiwan Travel Act and the previously passed National Defense Authorization Act can only be regarded as several new cards Trump played. The US merely considers Taiwan as a chess piece against the Chinese mainland. In emergencies the biggest victim is still Taiwan.

Sun Ta Chien, a member of Kuomintang former member of Legislative Yuan, believes that the Taiwan Travel Act may cause multiple effects on relations between the US, Chinese mainland and Taiwan. First, Tsai Ing-wen will inevitably face mountains of pressure from the mainland. The US tends to put tremendous pressure on Taiwan in the same boat. Beijing will be coerced to take a concrete response to their alliance. In the end, Taiwan will be more likely to abandon its “blur” margin regarding its relationship with the mainland that has existed across the Taiwan Straits over the past half century.

Ma Xiaoguang, a spokesperson for the Taiwan Affairs Office of the State Council, urged Taiwan not to rely on foreign powers in case of being burned in emergencies. He added that the US has undermined the political foundation of Sino-US relations and sent a wrong signal to Taiwan separatists, which will boost their arrogance.

According to a political decision made at the just-concluded First Session of the 13th Chinese People's Political Consultative Conference, all parties need to adhere to the one-China principle, promote the peaceful development of cross-straits relations on the basis of the “1992 Consensus”, foster the peaceful reunification of the nation, and safeguard national sovereignty and territorial integrity.

China will never tolerate any form of “Taiwan independence.”