HEADLINE Tale of many cities: City clusters to take off in Asia

Tale of many cities: City clusters to take off in Asia 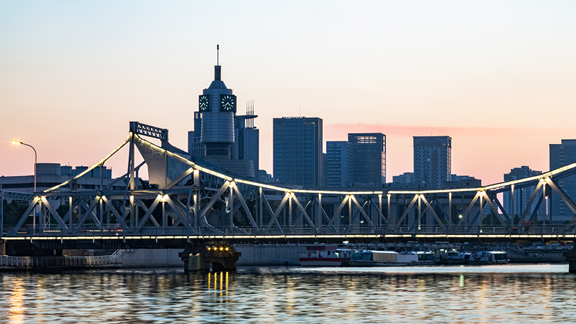 We just participated in a debate entitled “Urbanization: Testing the City Cluster Model” at the 2018 Boao Forum for Asia Annual Conference in Hainan. All panelists agreed that integrating cities and urban systems in coordinated city clusters is a global challenge for the 21st century.

Cities are the world’s economic engines, and also the largest source of pollution and greenhouse gas emission. About 66 percent of people are expected to live in cities and city clusters by 2050, with 90 percent of future urban growth taking place in Asia and Africa.

City clusters are known elsewhere as mega-regions, metropolitan functional areas, urban and economic corridors, and city networks. Examples include the northeastern United States between Boston and Washington, DC; the Tokaido Megalopolis or Pacific Belt in Japan; and the Manchester–Milan Axis or “Blue Banana” in Western Europe.

For decades, large and smaller cities in the same vicinity have grown together into vast territories marked by urban development and in many cases by urban sprawl. Uncoordinated development has led to unsustainable, carbon-extensive and non-resilient regional and urban development patterns and lifestyles, resulting in poor service delivery, as well as inefficient land and resource use.

The key obstacle city clusters face all over the world is fragmentation. Too often, multiple administrative entities coexist within clusters. The chimerical amalgamation of authority and responsibility causes too many mega-cities across Asia to suffer from pollution, congestion and poor service provision and massive economic losses.

The extent of planned city cluster development in China is more than other countries. The 13th Five-Year (2016-20) Plan includes a total of 19 city clusters, many of which are as large as European  nations. China has very strong  national and municipal governance systems that have produced robust infrastructure and efficient public services. The challenge will be to create strong institutions to enable similarly good governance at the city cluster  level.

Continuing rapid urbanization is one of the key challenges facing Asia in the coming decade. As urbanization accelerates across Asia and the Pacific, city cluster coordination and metropolitan governance have become key policy issues. Asian Development Bank will play its part in building cities across the region that are livable, resilient, inclusive, green and competitive.