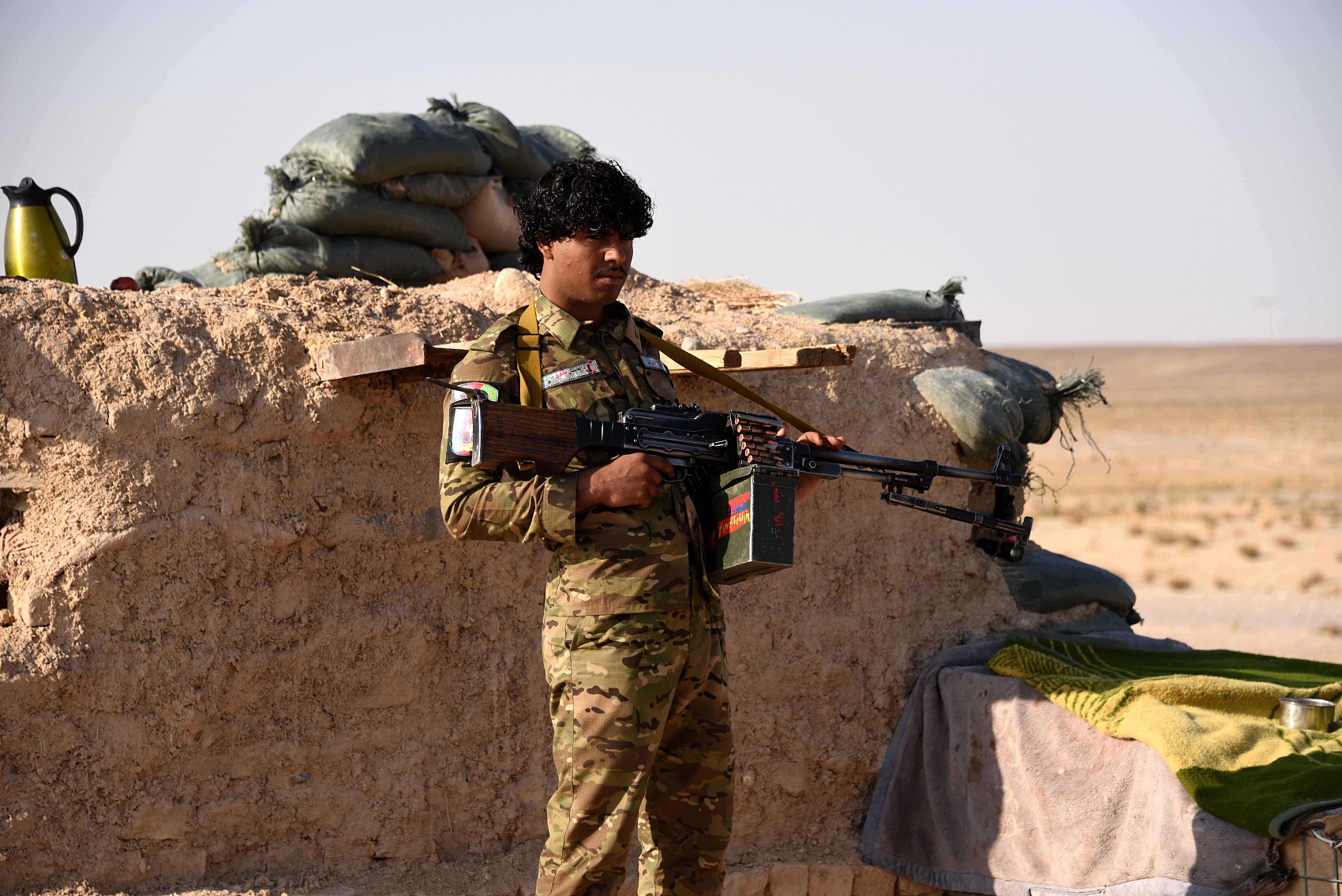 An Afghan security force keeps watch at a checkpoint in Maiwand district of Kandahar province as dozens of Afghan police and soldiers have been killed in a wave of Taliban attacks, November 14. Photo: VCG

The Taliban claimed responsibility for the attack.

Elsewhere in Afghanistan, seven insurgents were killed and two others wounded when a bomb exploded prematurely in the northern Kunduz province. Mahbobullah Sayedi, a district chief, says the fighters died while trying to plant the bomb on a road used by Afghan security forces.