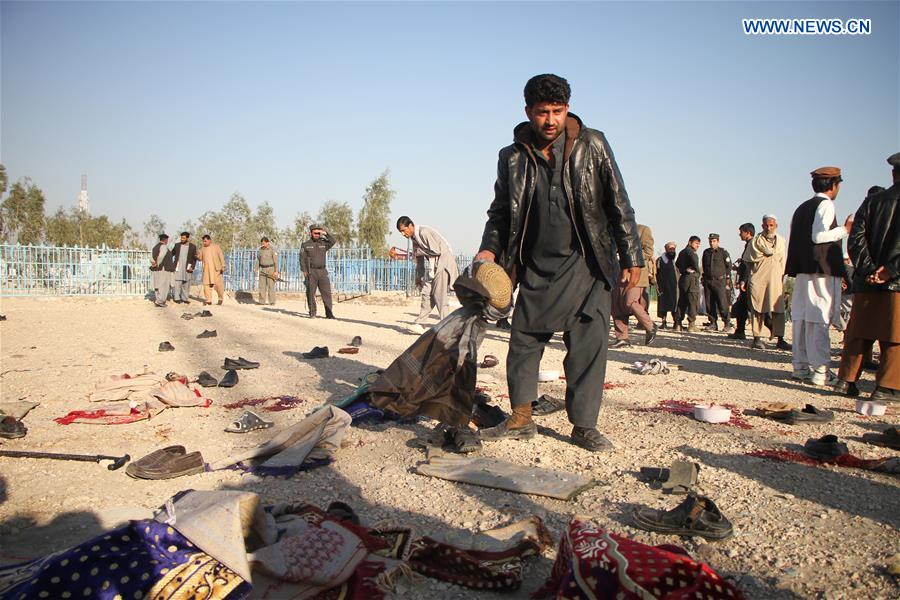 A man checks the site of a suicide attack in Jalalabad city, the capital of eastern Nangarhar, Afghanistan, on Dec. 31, 2017. (File photo)

Two people were killed and three others injured as Taliban militants ambushed a patrol team of pro-government militias in northern Faryab province on Wednesday, a police spokesman in the restive province said.
According to Abdul Karim, a team of pro-government local militia was on patrol in Koza Qala village of Khawja Sabzposh district Wednesday morning when Taliban insurgents opened fire, killing two people on the spot and injuring three others.
The militants escaped following the incident as the police force reached the area, the official added.
Taliban militants who are active in parts of Faryab province, have not commented on the ambush.