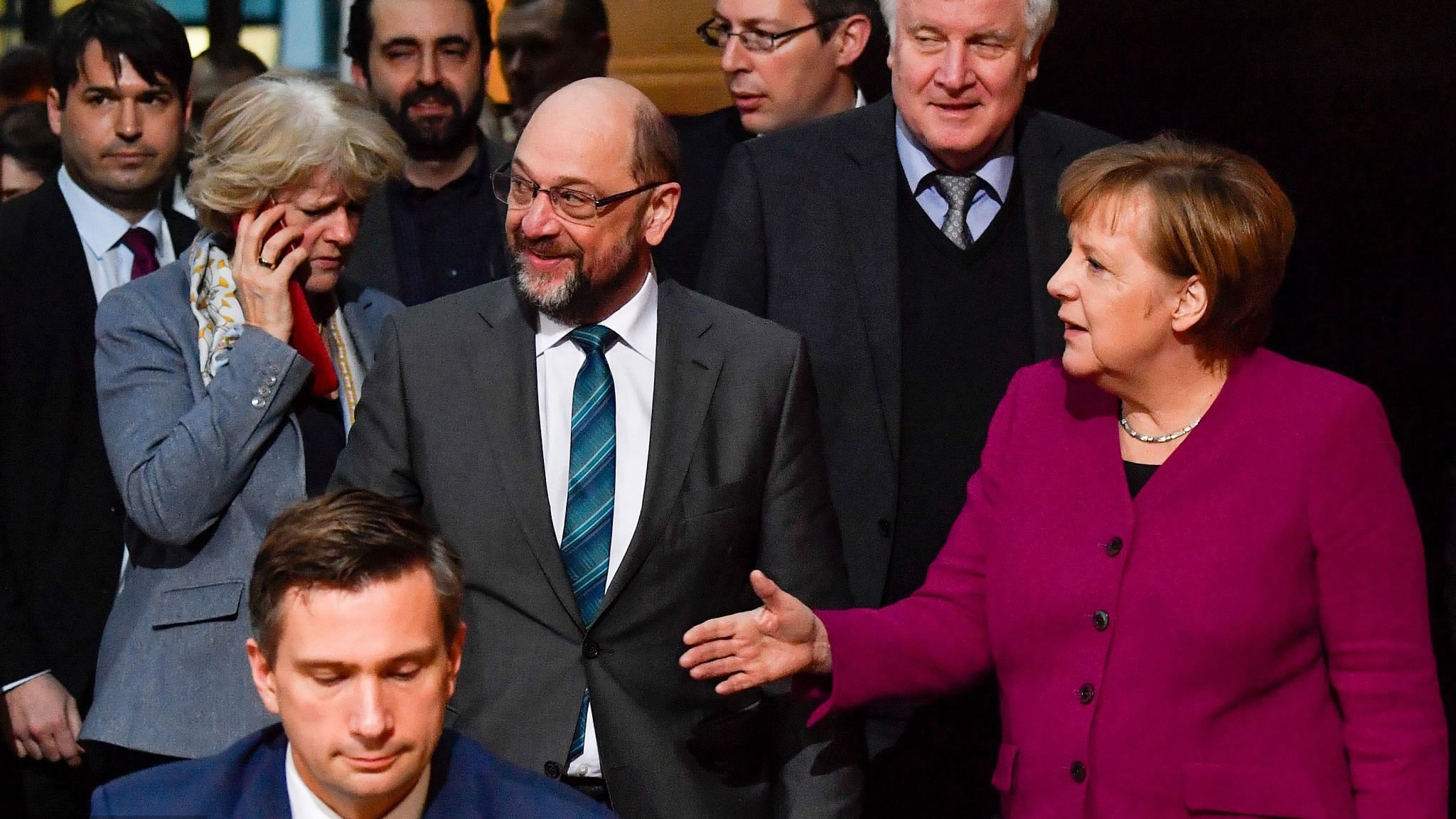 Chancellor Angela Merkel's conservatives and the center-left Social Democrats embarked Sunday on what they hope is their last round of talks on forming a new German government, although the negotiations could take up to two more days.

The effort to put together a governing coalition is already post-World War II Germany's longest and won't finish with these talks. A deal will require approval in a ballot of the Social Democrats' members, many of whom are skeptical about renewing the alliance that has governed Germany since 2013 after a disastrous election result in September.

Merkel's Christian Democratic Union, its Bavaria-only sister, the Christian Social Union, and the Social Democrats set Sunday as a deadline to wrap up negotiations, though they have budgeted two extra days as a precaution.

"The three parties have agreed and come closer on many points in recent days, but there are still issues to discuss — particularly on questions of social policy," Social Democrat leader Martin Schulz told reporters as he arrived at the talks.

Those include labor and health policy questions that are a priority for his party.

"I am still interested in making quick progress, but we want to give Germany a stable government, and a stable government involves a durable coalition deal that is agreeable to all," he said. "So, in the end, we must take the time that we need to create such a stable foundation."

Merkel said she couldn't predict how long the talks will last.

"There are still important points that have to be cleared up, so I am going in with goodwill but of course with a certain expectation that we face difficult negotiations at today's meeting," she added. "We know what task we have and are trying to do justice to it."

Merkel's attempt to put together a government with two smaller parties collapsed in November. Schulz, who had previously ruled out renewing the "grand coalition" of Germany's biggest parties, then reversed course but still faces resistance from parts of his party.

Failure to reach an agreement, or a deal's rejection by Social Democrat members, would leave a minority government under Merkel or a new election as Germany's the only viable governing options.