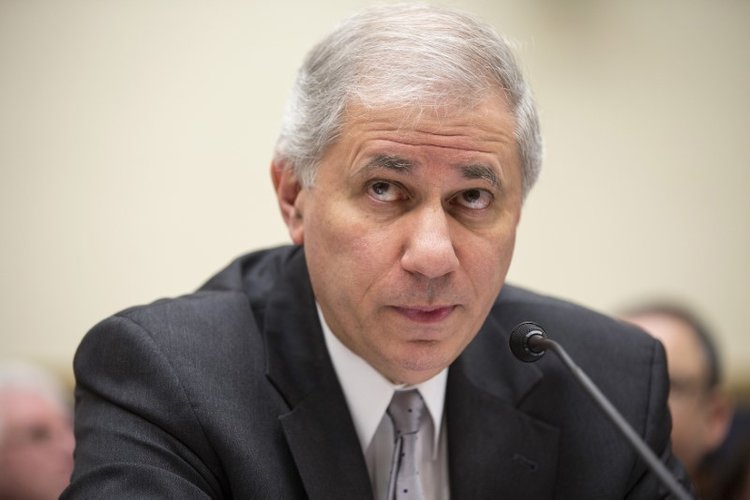 Martin Gruenberg, chairman of the Federal Deposit Insurance Corporation, testifies to the House Financial Services Committee about the effects of the Volcker Rule on employment in Washington on February 5, 2014. REUTERS/Joshua Roberts

U.S. bank profits were down 40.9 percent in the fourth quarter of 2017 from a year earlier, due primarily to one-time accounting changes from the new tax law which is expected to boost profits in the long run, the Federal Deposit Insurance Corp (FDIC) said on Tuesday.

Absent the changes spurred by the tax law, bank profits were estimated to drop just 2.3 percent to $42.2 billion in the fourth quarter, according to the regulator. Net interest income was up 8.5 percent to $129.5 billion.

The brunt of the tax-spurred decline was borne by larger banks, who had already been reporting eye-popping losses at the end of 2017. Large institutions took a disproportionate hit on earnings held abroad and the rewriting of the value on deferred tax assets. Citigroup, for example, reported an $18 billion loss at the end of 2017 thanks to the updated tax law.

But banks are expected to be significant beneficiaries of the revamped tax code in the long run, thanks to a significant lowering of the corporate tax rate.

FDIC Chairman Martin Gruenberg said the industry’s performance remains positive, as the number of problem banks dropped to just 95, the lowest level since the first quarter of 2008.

“Notwithstanding the one-time impact of the new tax law, the overall performance of the industry continued to be positive,” he said.

However, he said low interest rates and a competitive lending environment has led some banks to reach for yield, heightening risks.

“The industry must manage interest-rate risk, liquidity risk, and credit risk carefully to continue to grow on a long-run, sustainable path,” said Gruenberg.