HEADLINE Teacher stays at empty school for one student

Teacher stays at empty school for one student 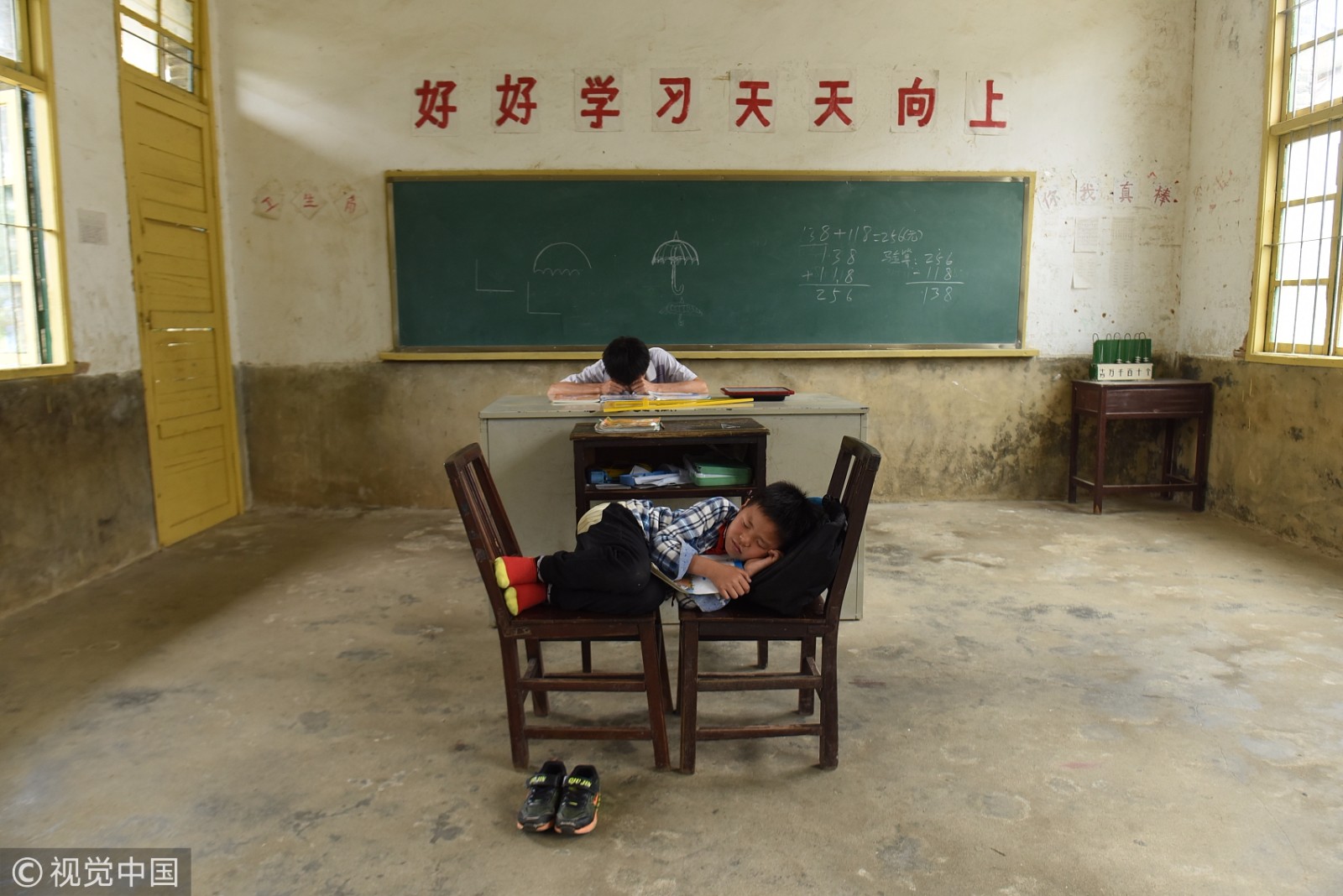 With one student and one teacher, Huaxi Elementary School became a “single school”. (Photos: VCG)

Fifty-five-year-old Xu Yuhua is the only teacher of Huaxi Elementary School located in the remote mountains of southeastern China’s Fujian Province, and 8-year-old Fan Yihao is his only student.

During his long teaching career, Xu Yuhua witnessed large numbers of students leaving the mountain village school. “During its height, the school had dozens of teachers and hundreds of students,” said Xu Yuhua. Where did the students go? Xu said that most of the kids transferred to schools in the cities where their parents worked as immigrant workers, and majority of the other students chose Masha Central Elementary School in a town 10 km away from the mountain village. Leaving one teacher and one student in the elementary school, and the elementary school has turned into a “teaching site”. 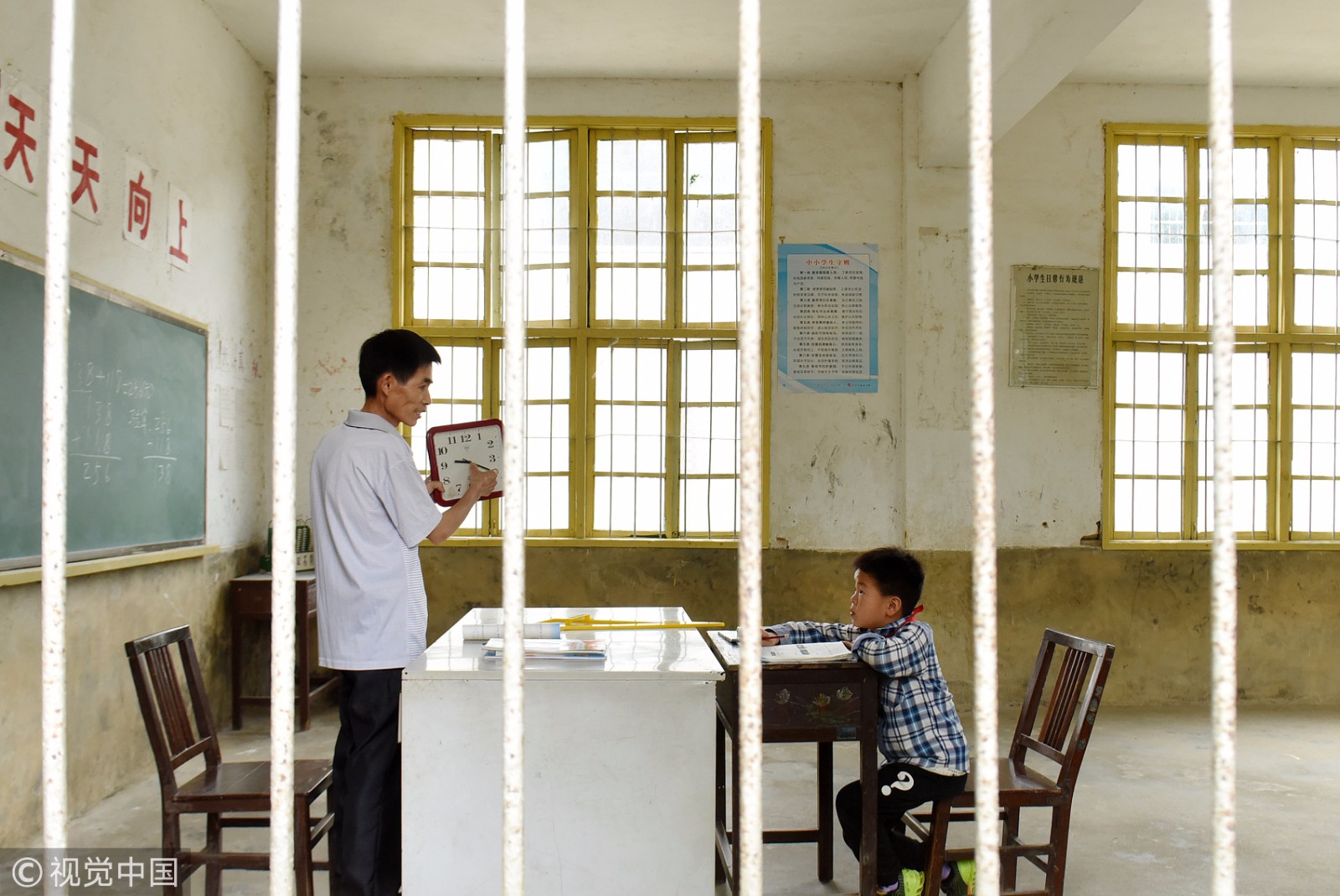 Xu gives lectures earnestly even though Fan is the only student attending.

However, things did not go well for Fan Yihao. He is not as lucky as his classmates who left the mountain with their parents to another town or city where they are able to get access to better education. Because his parents divorced, with his mother taking off, he had to stay with his aging grandmother and ailing father. He doesn’t have any other family members to give him a ride every day to the town. As a result, Fan became the only stay-at-home student.

To Fan, the school literally provides him “one-on-one” education. Teaching materials prepared by Xu were tailored for Fan. Small as it is, the school teaches all subjects, and Xu meticulously prepares for and teaches every class in school. 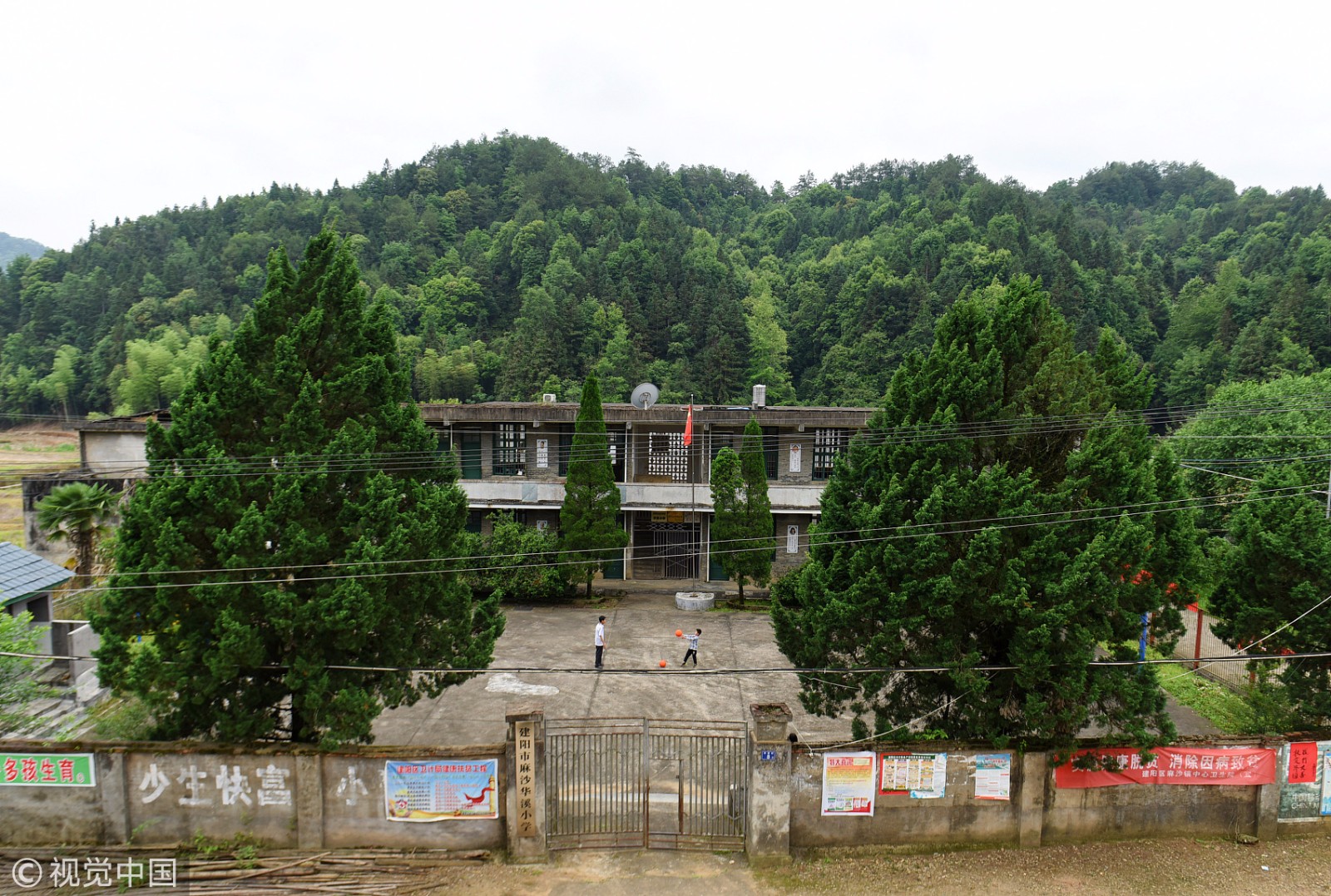 PE class in an empty school.

“The teaching site will operate as long as there is a student in the village,” said Peng Baoping, principal of Masha Central Elementary School. “Many students are not able to go to school in the town or the city, but attending such a ‘teaching site’ because of special family difficulties. The ‘single school’ continues to exist to guarantee all kids have access to the 9-year compulsory education,” added Peng.

Xu gives a ride home to the 8-year-old Fan after school.

Fan will attend third grade in Masha Central Elementary School in September this year. “I will go downhill to continue my teaching if there’s no student in this village school,” said Xu.