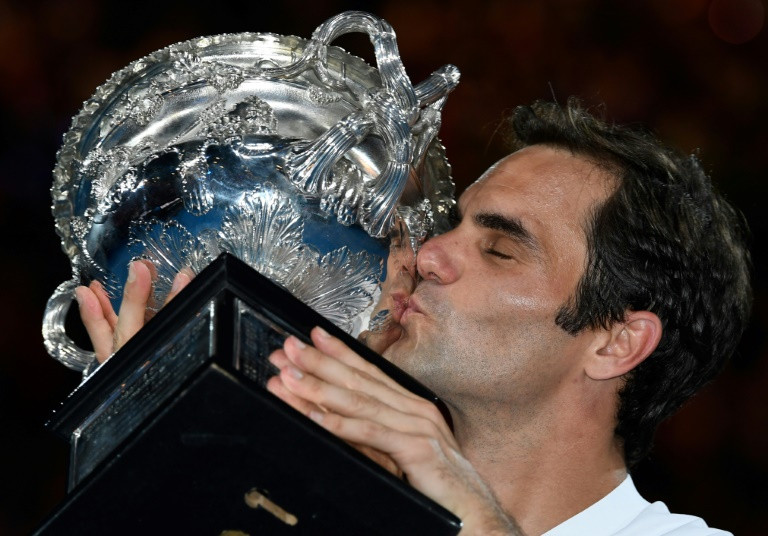 "I’m so happy it’s unbelievable. This is a dream come true, the fairytale continues for me," Federer said at the presentation.

"After the great year last year, it’s incredible," the 36-year-old added as he broke down in tears. "This is what you live for, to one day experience these moments.

"This one tonight reminded me more of 2006 here when I beat Marcos Baghdatis in the final and had a great run to the final and was a huge favourite going in," he later explained.

"I was keeping the composure and I was just so relieved when everything was said and done and I think I felt the same way tonight and that's why I couldn't speak, it was terrible."

Federer added to his already imposing win-loss record in Melbourne and is now 94-13. His overall his Grand Slam mark stands at 332-52.

Despite his latest triumph, he will remain world No.2 behind Nadal, with Cilic moving to a career-high three.

"It was an amazing journey to come to the final. It could have been the best two weeks of my life, but Roger played a great fifth set," said Cilic, who was chasing his second major title after winning the 2014 US Open.

"I want to thank my team, you’re unbelievable. We worked hard for this  year, hopefully we will lift these trophies in the future."

Federer now leads Cilic 9-1 with his only defeat coming in the semi-finals of the 2014 US Open.

The roof was closed over Rod Laver Arena as the tournament's heat policy was implemented amid enervating evening temperatures of 38 Celsius (100 Fahrenheit).

Federer broke Cilic's serve six times and lost his twice and hit a total of 24 aces to the Croat's 16.

Cilic's serve came under immediate pressure with a whipping backhand return winner for break point which the Croatian followed with a smash into the net for a break in the opening game.

The Croat found it difficult to settle as he dropped serve again to trail 0-3. The Swiss star served out the set in just 24 minutes, capitalising on Cilic's shaky opening. 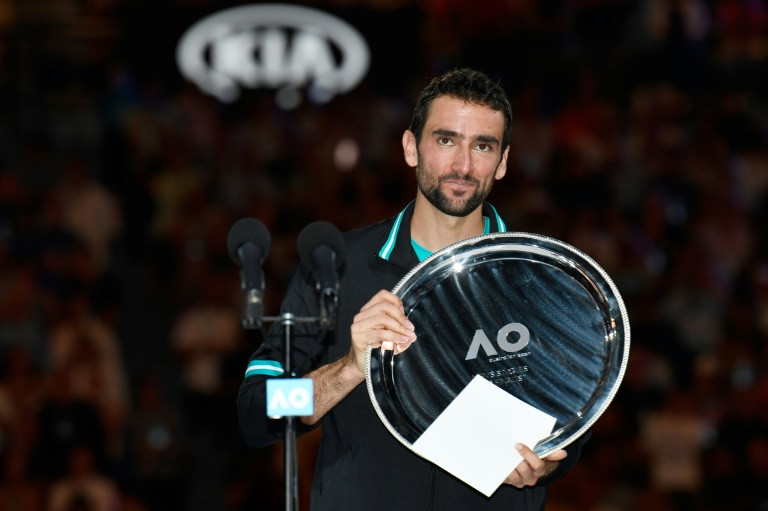 Cilic worked his way back into the match and in the second set tiebreaker he got to two set points when his forehand clipped the line before a winning smash levelled the match as Federer dropped his first set of the tournament.

But the six seed lost serve on the back of a couple of ground stroke errors and Federer raced 4-2 up in the third set.

The defending champion shifted gears with a stunning forehand off his toes and confidently held serve to lead 5-2 before clinically serving out the set in 29 minutes.

Cilic was then broken in the opening game of the fourth set with a poor backhand dropshot into the net, but he broke back in the sixth game after working three break points.

He was now more in the flow and broke Federer again with his big forehands starting to find their mark. He served it out to take the absorbing final into a fifth.

But Federer stayed calm and crucially broke to 2-0, and then got a vital double break when Cilic netted a forehand, leaving him to serve out for the championship.