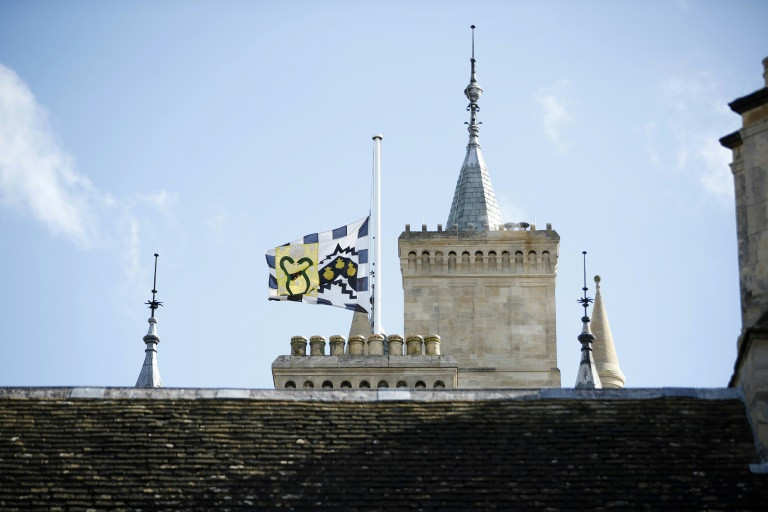 Hawking was a fellow for over 50 years at Cambridge University's Gonville and Caius College.   (Photo:AFP)

The Gonville and Caius flag flew at half-mast over the 14th-century college, where Hawking had been a fellow since 1965.

The college at the prestigious English university opened a book of condolence in its chapel and announced his death with a monochrome picture of him pinned on a notice board in the street.

Hu Xiaohua, a teacher in China and a visiting scholar at the English faculty in Cambridge, broke down in tears as she looked at the image.

"I read his books and was inspired. He said 'never give up' -- and he never gave up," the 49-year-old said, dabbing her eyes with a handkerchief.

Hu said Hawking, who was confined to a wheelchair for five decades by motor neurone disease, was one of the reasons why she came to Cambridge and had inspired her interest in quantum physics.

"He was the greatest scientist of the 21st century... I prayed for him every day. I wished he could stand up," she told AFP.

Hawking, who died aged 76, had a study at the college which he shared with other fellows. His name is painted in black and white on the stone arch entrance and above the room's wooden door.

The college opened a book of condolences in the chapel and placed a black-and-white picture of him on a notice board.(Photo:AFP)

"He was an amazing person," said Edo Dzafic, 26, a molecular biology doctoral student from Slovenia who came to sign the condolence book.

Dzafic said he "got people to think outside the box about what's out there. It's what we all wonder about".

Justin Hayward, who was Hawking's doctoral student from 1991 to 1995, said the groundbreaking theoretical physicist had come to his wedding in 2006.

"He was a fun person to work with and had a great sense of humour. For his students at the blackboard, sometimes a little scary," Hayward said.

Other former pupils, neighbours and people inspired to take up the pursuit of science paid tribute to the cosmology giant in the condolence book.

"The greatest man leading us human beings through the whole universe," said one comment, others calling him "an inspirational demonstration of human determination", who "proved that no matter what, you can".

"Thank you for all the knowledge and hope you brought to mankind," said one, another reading: "You're the one who has inspired me to apply for Cambridge."

Former pupil Alex Lyons wrote: "Your supervisions could be so cryptic I could spend weeks afterwards puzzling over what you meant."

Other mourners also expressed their hope of an afterlife for Hawking, who did not believe in it himself.

Kerem Bayraktaroglu shared a personal memory of playing the violin in front of Hawking and wrote: "I hope you will now know the true secrets of the universe".

Diana Hayward wrote: "May you rest in peace and rise in glory. I hope you find the answers to lots of your questions".

Others wrote: "Your body can finally rest, but your mind will live forever", and "I hope your biggest wonders lie ahead". 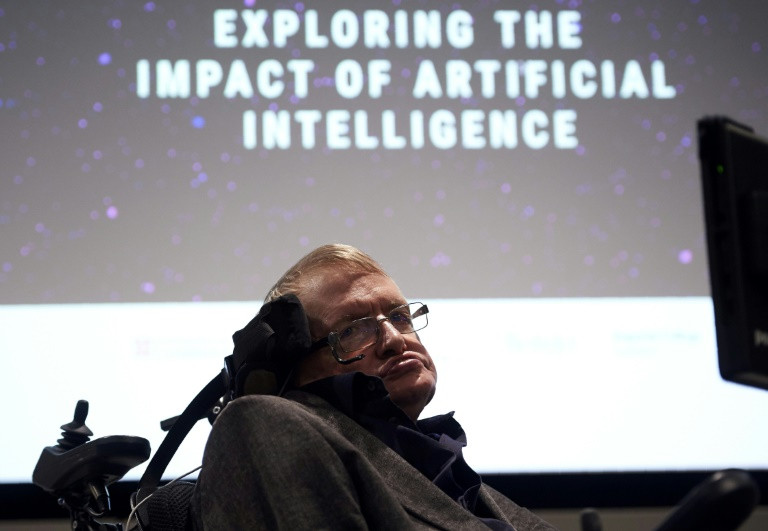 Professor Alan Fersht, the Master of Gonville and Caius, said his "totally unique" friend had driven generations to take up science, and inspired other disabled people.

"His memory for his scientific work will go on forever," Fersht told AFP. "His place in physics and cosmology is totally assured."

He said he first met Hawking in 1965, in a dining hall "a bit like Hogwarts Academy".

"I remember this young man coming in on a walking stick, struggling his way across the room to sit down and we knew he was somebody special," Fersht said.

"He's had to work in a particular way. He can't sit down there with a pencil and paper or with a keyboard to get things out. He has to think more."

Despite all Hawking's scientific achievements, Fersht said he would personally remember him as a party-lover, dancing in his wheelchair, and in fancy dress as King Neptune.

"I thought: 'This is Stephen. This person is going to take part in everything, not let his disabilities hold him back in any way whatsoever'."