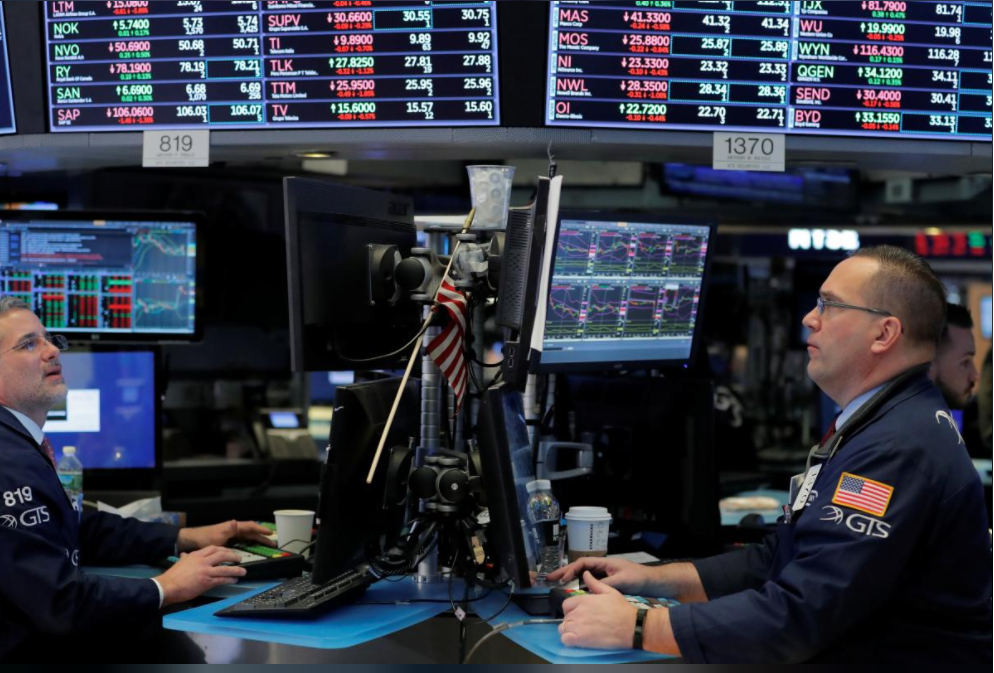 Washington (People’s Daily) - US stocks plunged Monday as shares of Facebook and other technology giants pulled down major stock indexes.

The tech-heavy Nasdaq composite, which includes Facebook, fell 1.84 percent, while the Dow Jones industrial average declined by 335.6 points or 1.35 percent. The Standard & Poor’s 500 index, a broader measure of stocks, dropped about 1.4 percent.

Facebook shares were down 6.77 percent with a closing price of $172.56. It was the biggest one-day decline since the aftermath of the social media giant’s rocky IPO in 2012, according to Yahoo Finance. Facebook’s stock price arrived at its lowest point over the last month, due to renewed attention concerning the company’s data scandal surrounding the 2016 US election.

The company faced political backlash for failing to properly inform users that their profile information may have been obtained and kept by Cambridge Analytica, a privately held data firm. Cambridge Analytica is partly owned by the family of an American hedge-fund manager who supports many politically conservative causes.

Cambridge Analytica is credited with helping Donald Trump win the US presidential election through “psychographic modeling” to identify and motivate potential voters on social networks. The firm is reported to harvest private information from the Facebook profiles of more than 50 million users without their permission.

This conduct might violate laws in many American states. According to Bloomberg, Fear that Facebook Inc.’s latest black eye will kick off a regulatory avalanche sent the tech-heavy Nasdaq indexes into their steepest losses in six weeks.

The FAANG stocks – Facebook, Amazon, Apple, Netflix and Alphabet’s Google were hit hardest altogether. With strong sales growth and profitability, these companies have a major impact on the US stock market. These companies, in total, lost an estimated $69 billion in market value on Monday, according to USA Today.