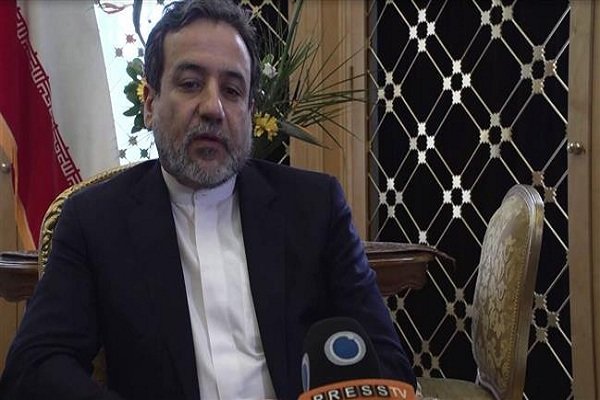 Islamabad (People's Daily) -“Fear of war is everywhere in our region,” Iran's deputy foreign minister Abbas Araqchi told media on Thursday amid rising tensions after Israel and the US recently expressed concerns over Iran’s presence in Syria.

What Iran seeks, according to Araqchi as quoted by the Islamic Republic News Agency (IRNA), is “a new security architecture to safeguard the entire region in which all small countries feel safe and secure” in the Persian Gulf region.

As Iran continues its military presence in Syria, the Gulf state is facing increased pressures and challenges from the US and its ally Israel, even though Iran claims it only sends soldiers to fight terrorism and help its neighbors to maintain peace and stability.

For Tehran, the specter of war looming ahead and future uncertainty over its fragile nuclear deal will be dominating its agenda in future.

During this year's Munich Security Conference which concluded on Februray 18, Israeli Prime Minister Benjamin Netanyahu labeled Iran as “increasingly aggressive” and warned the neighbor not to “test Israel’s resolve,” holding up what he said was wreckage of an Iranian drone, according to the BBC.

The drone was shot down in the two countries' clash in Syria earlier this month after it allegedly crossed the Israel-Syria border. In a subsequent Israeli attack on some Iranian targets, an Israeli fighter jet was also brought down by Syrian air defenses.

Iran's foreign minister Mohammad Javad Zarif later on the same stage dismissed Netanyahu's warning as a “cartoonish circus which does not even deserve the dignity of a response.”

As the two sides lob verbal grenades, fears of a regional war are in fact creeping up in the Persian Gulf. The New York Times reported cross-border strikes “could mark a dangerous new phase” in the Syrian crisis.

The divergence between Iran and the US over the Syrian crisis is being increasingly foregrounded amid escalating regional tensions, which are fanning distrust and undermining the foundation for the 2015 Iran nuclear deal.

Araqchi said after implementation of the deal, Iran proposed setting up a dialogue to help resolve regional disputes, but no one took up the offer, the IRNA reported. The offer still remains on the table, he said.

Visible fragility and uncertainty of the future of the Iran nuclear deal is now easily perceived. It remains difficult for Tehran to estimate the willingness of the US to live up to the deal since President Donald Trump took office last year.

Last month, the White House said that sanctions relief for Iran would not be renewed unless the “terrible flaws” of the nuclear deal are fixed.

There is no doubt that all these developments make Iran feel insecure. Former US secretary of state John Kerry, one of the main architects of the deal, also agreed that it was “absolutely critical” to ensure it survives, noting that it seems unlikely that Iran would accept a new one.

Formally known as the Joint Comprehensive Plan of Action (JCPOA), the 2015 Iran nuclear deal was signed between Iran and six world powers, China, Russia, Britain, France, the United States and Germany. Iran promised to halt its efforts to develop a nuclear weapon in exchange for the lifting of economic sanctions.

Despite the consensus that the JCPOA is not negotiable, Iran and Europe now seem to have recognized the necessity of regular consultations about future actions to be taken under the JCPOA, especially taking into account of Trump’s skepticism about the deal.

Describing a Thursday meeting with his British counterpart as positive, Araqchi also warned that Iran might withdraw from the deal if there is no economic benefit and major banks continue to shun the country.