Three people were rescued, and another 10 still missing after a cargo ship capsized and sank off the Shanghai coast Tuesday night, the city's maritime search and rescue center said.

According to the local water traffic management center, the "Changping" ship, loaded with 5,000 tonnes of steel, collided with another freighter before sinking in the anchorage near Yangtze estuary. 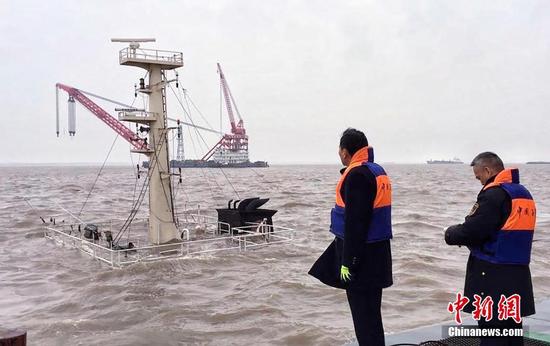 Thirteen sailors were on aboard. A dozen of boats were dispatched to the rescue.

Three people have been saved and 10 missing as of 9 a.m. Wednesday.

The rescue operation is ongoing.