Texans turn to God as school rocked by latest shooting 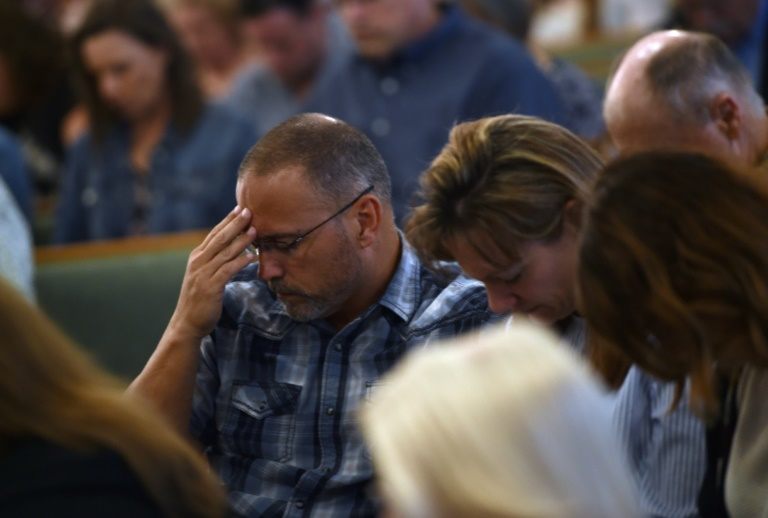 As federal investigators search for a motive in the assault by a student who murdered eight of his classmates and two teachers, and wounded 13 others, the first funeral service for one of the victims -- an exchange student from Pakistan -- was set for later in the afternoon.

Texas Governor Greg Abbott attended a service at the Arcadia First Baptist Church just down the road from Santa Fe High School, where students and residents have placed flowers, messages and stuffed animals in honor of those who died there.

"We're here to support you," Abbott told members of the congregation in exchanges before the service.

"Anything you guys need, let us know. God bless you."

Abbott took time to talk with and hug several survivors of the shooting, and parents, and urged them to remain strong.

"I'm just glad he wants to worship together (with us.) It's important that after a tragic event like this we just come together and worship," said Santa Fe 10th grader Joshua Stevens, 15.

"Lord, sometimes we forget you're even here," he said, as worshippers bowed their heads and nodded.

"It's time like this when all of us realize how fragile our lives really are."

As southeast Texas grieved, the political talk shifted towards how to better protect citizens and facilities like schools in a country where guns have become an inextricable part of the fabric of American life.

Texas Lieutenant Governor Dan Patrick made the case for boosting security at schools, something US President Donald Trump advocated after a shooting in Parkland, Florida left 17 people dead. 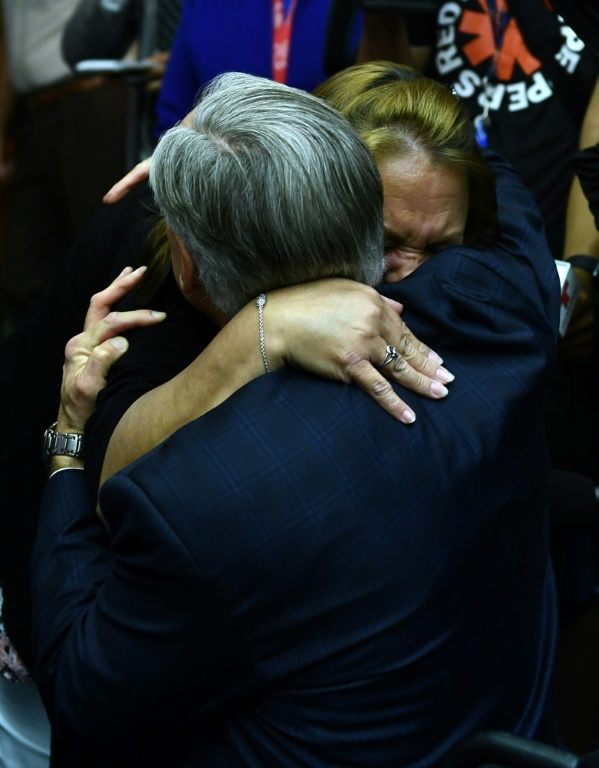 "We need armed teachers -- trained, of course, not just anyone who has a gun, trained how to handle active shooters in the schools," Patrick told CNN.

"We need to harden the target. We need to get down to one or two entrances into our schools," he added.

Monica Bracknell, 18, said she and other seniors were allowed in to the school Saturday to retrieve their belongings, and were "shaken up" by the condition of the hallways and classrooms.

"There's drywall and stuff all over the ground," she said.

After meeting with Abbott at the church, she stressed that reaction to the shooting should focus less on gun rights and more on improving security.

"This kid is obviously unstable and he knew that there were flaws in the school system to get into the rooms," Bracknell said.

Santa Fe student Dimitrios Pagourtzis, 17, is being held on capital murder charges and could face the death penalty.

On Saturday, Santa Fe Independent School District police chief Walter Braun said one of his officers was in a critical but stable condition, after that officer and another engaged the shooter in the school.

"Our officers went in there and did what they could," he said.

Galveston County Judge Mark Henry, who denied bail to Pagourtzis, noted that the suspect "said in his statement he acted alone," and the case will go before another judge Monday.

The gunman carried out the attack with a shotgun and a .38 revolver that were legally owned by his father. 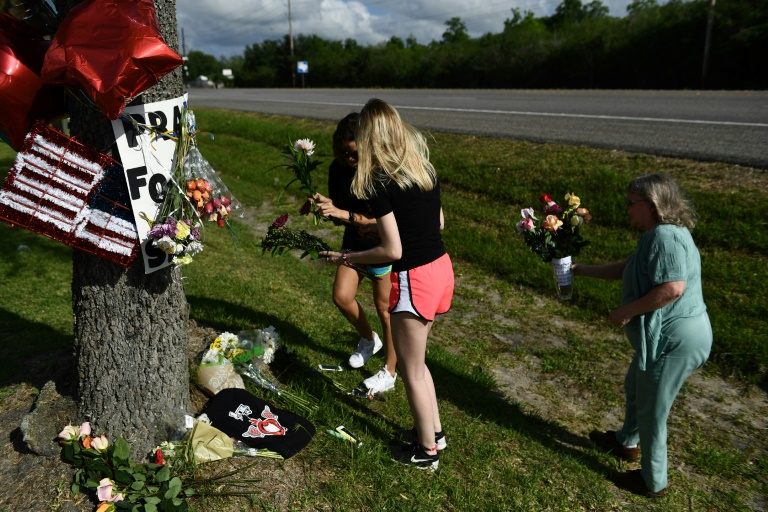 Residents leave flowers at a memorial for victims of a mass shooting at Santa Fe High School in Santa Fe, Texas (Photo: AFP)

The New York Times cited an affidavit written by one investigator as saying the suspect had confessed and said he spared "students he did like so he could have his story told."

US media have identified all the victims, who included two teachers and exchange student Sabika Sheikh from Pakistan.

An Islamic center in Houston was to hold a funeral service for Sheikh, 17, later Sunday.

J.J. Watt, a defensive end with the National Football League's Houston Texans, has told authorities he will pay the funeral expenses of those killed, NFL officials confirmed.

Calls for gun reform are less likely to resonate in the gun rights bastion of Texas after the Santa Fe murders, as they did after Parkland three months ago.

In response to that tragedy, Trump's administration said it would step up aid to states that want to arm school employees, a proposal that has little support from educators.