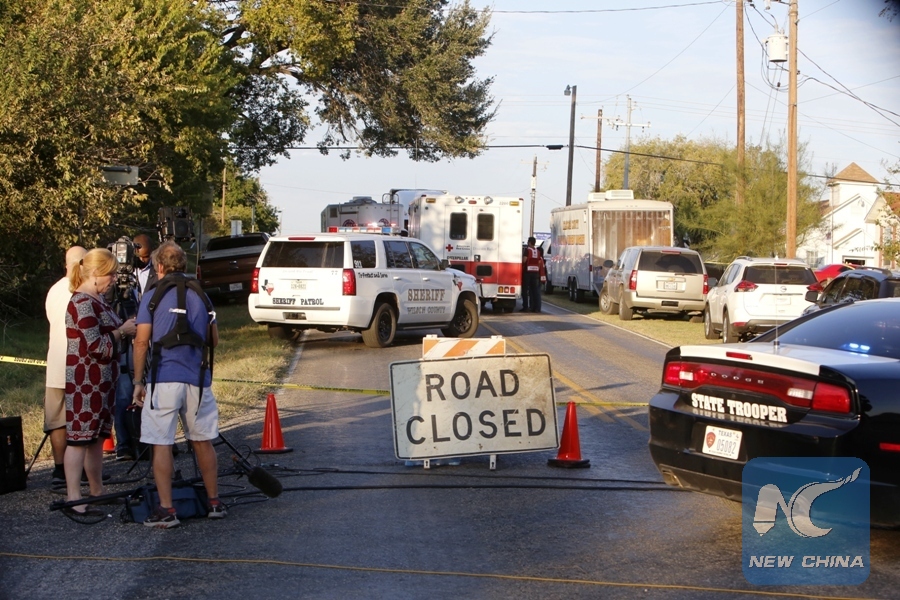 The man who carried out one of the deadliest U.S. mass shootings escaped from a mental health facility in 2012, the same year he was convicted by a U.S. Air Force court-martial of domestic abuse, according to a police report.

Devin Kelley, who massacred 26 people at a church in rural southeastern Texas on Sunday, was convicted of assaulting his first wife and stepson while serving in the U.S. Air Force in 2012, according to the Pentagon.

That same year he briefly escaped from a mental health facility in Santa Teresa, New Mexico, according to an El Paso, Texas, police report.

The person who reported Kelley’s escape warned police that he could be a danger to himself and others and had been caught sneaking weapons into Holloman Air Force Base in New Mexico, where he had been stationed, according to the police report.

He had attempted to “carry out death threats that (Kelley) had made on his military chain of command,” the report stated.

Police found Kelley in El Paso and turned him over to New Mexico police to return him to the facility, according to the police report.

The attack at the First Baptist Church in Sutherland Springs, Texas, ranks as the fifth deadliest by a single gunman in U.S. history. 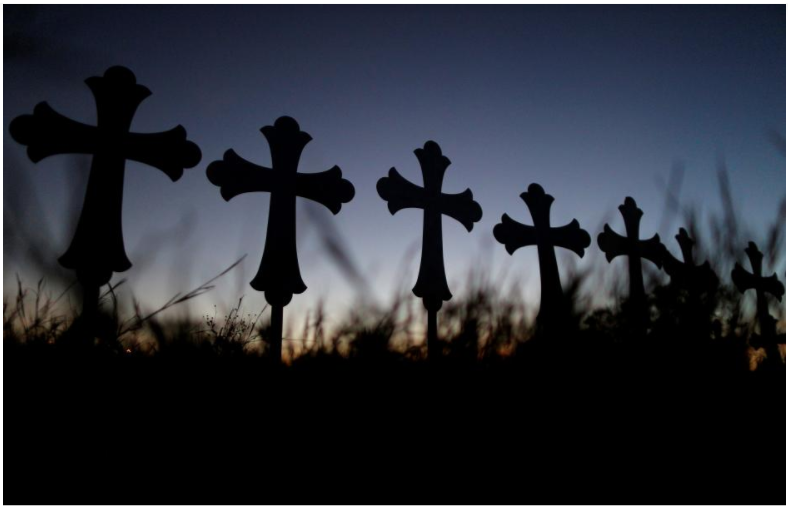 Crosses are seen near a vigil at the First Baptist Church of Sutherland.  Photo: REUTERS/Jonathan Bachman

The dead ranged in age from 18 months to 77 years and including the unborn child of a pregnant woman who was killed. Twenty others were wounded, with 10 still in critical condition on Tuesday, officials said.

Kelley died of a self-inflicted gunshot wound in his getaway vehicle, where authorities found two handguns, said Freeman Martin, a spokesman for the state Department of Public Safety.

Kelley was also wounded by a resident of the town of about 400 people who heard the gunshot, grabbed his rifle and raced to the church, shooting the 26-year-old twice as he fled.