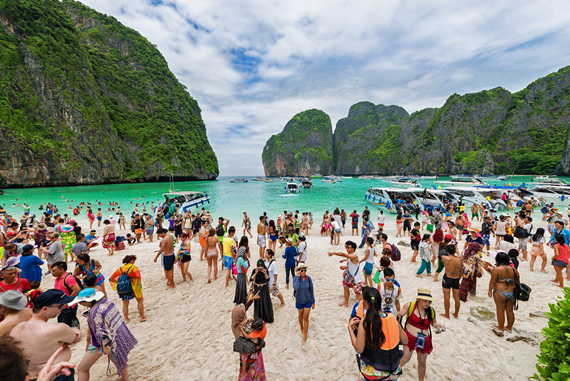 Thailand is expected to receive around 300,000 tourists from the Chinese mainland during the Chinese Lunar New Year, a senior Thai official said on Wednesday.

Compared to last year, the population of Chinese mainland visitors coming to the country in the Lunar New Year period, spanning from February 12 to 22 this year, will increase by 18 percent and generate 8 billion Thai baht (nearly $255 million) in revenue, Santi Chudintra, deputy governor of the Tourism Authority of Thailand, told the People's Daily.

The Thai government is prepared to welcome Chinese tourists and ensure their secure travel with strengthened measures which enable government authorities to make a quick response to emergency situations, Santi said. He reminds Chinese tourists  of calling travel police hotline 1155 in case of any emergency.

Santi also wished Chinese tourists a happy new year using the Chinese  language when speaking to the People’s Daily, and said he hopes the tourists can create special memories in Thailand.