"That's What I Like" wins Grammy for Song of the Year 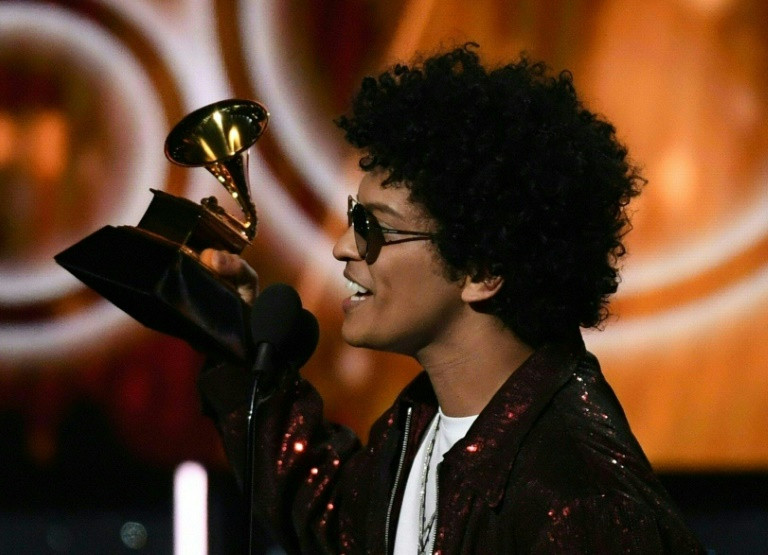 "That's What I Like," the steamy ode by Bruno Mars to making love in high style, on Sunday won the Grammy for Song of the Year.

Mars shared his fourth award of the night, which recognizes songwriting, with co-writers Brody Brown, James Fauntleroy and Philip Lawrence and his production team The Stereotypes.

The single off the 32-year-old Hawaiian-born singer's third album "24K Magic" returns to his retro style, while carrying the feel of classic R&B.

The song takes the form of a sexual proposition as Mars invites a woman to share some intimate moments with him as he boasts of the luxuries he can provide.

"Gold jewelry shining so bright / Strawberry champagne on ice / Lucky for you that's what I like," he sings.

Explaining the song in an interview, Mars said that he was trying to create a fun-filled mood through music in a world full of difficulties.

"That's What I Like" is the first time that Mars, himself a frequ