Beijing-As China's global influence is growing, the 19th Communist Party of China (CPC) National Congress has gained global attention. More than 1,800 foreign journalists came to cover this big event. How do they see the 19th CPC National Congress? Let's have a look. 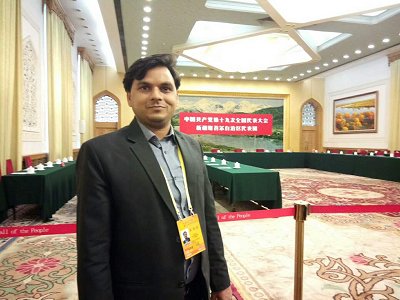 Muhammad Zamir Asadi in the Great Hall of the People

Being a Pakistani journalist, it is a great opportunity for me to cover the 19th National Congress of the Communist Party of China (CPC), an event of huge significance not only for Chinese society but for the international community, following the role which China is playing globally.

It is my first time to cover this event, but earlier in March this year, I reported for the two sessions. That experience gave me a deep insight of National Congress of CPC, which helps me in writing good reports about Chinese political system that is delivering at a very rapid scale to the masses greatly. By covering this gathering, I got a clear idea about the Chinese democracy and socialism with Chinese characteristics as how it is delivering for the well-being of society, and how society is stepping towards the Chinese Dream.

The report delivered by Chinese President Xi Jinping shows that the CPC is committed to the national rejuvenation with socialism with Chinese characteristics. It shows the development of socialism has entered into a new era which will help build a moderately prosperous society in every aspect. It will be helpful to build China into a modern socialist country. The report also shows the path of future development, domestically and internationally, will be clearer and more visible to all. 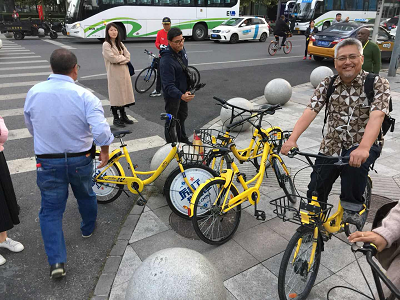 I was listening to Chinese President Xi Jinping’s report the whole morning on Oct 18th. The 19th National Congress of the Communist Party of China was such an important event to review the progress in the past five years and look at the plans for the next five years. President Xi is putting an ambitious plan to transform China as a modern socialist country by 2050.The challenges are poverty reduction and fighting against corruption, China must also improve environmental record. 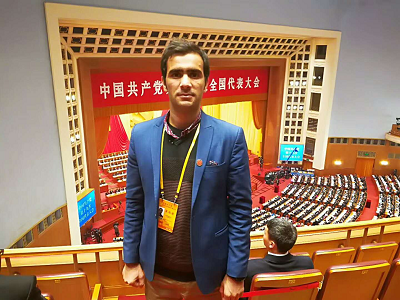 Parwaiz Karokhail in the Great Hall of the People

The 19th National Congress of the Communist Party of China is significant and has the highest importance not only for China but for the world at large as China is heading towards December 2020, the first target line of establishing this country into a prosperous one in all aspects of life by closing the chapter of poverty which was the ever toughest battle but being fought successfully.

Chinese development, growth, innovation in all aspects has shown to all global audiences that what's possible when the leadership of the country is utterly committed to improving the lives of their people. China is getting stronger and stronger day by day. I believe that every Chinese should feel great proud of their citizenship. 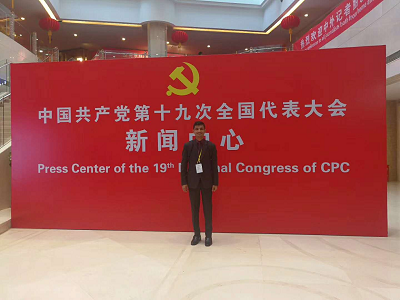 The 19th national congress of the Communist Part of China, the world's largest political party, is obviously one of the world's most significant political events of this year. So getting chance to cover the congress from the Great Hall of People was a great opportunity for me. I feel like I witnessed the history on Wednesday at the Great Hall of the People, because the plan set out by Chinese President Xi on Wednesday is not just going to transform China but the whole world in the next thirty years for the better.

The report has made it clear that China is confident and serious about turning its goal of making China a modern socialist country with Chinese characteristics by 2049. The report also has made it clear that China will make major efforts to work with its neighbors and other big economics to realize the concept of common development proposed by President Xi. In sum, my understanding is that the report has laid out plan for peaceful development of China as well as the whole world. 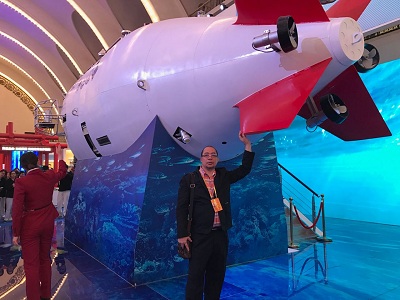 President Xi Jinping could be adjudged as the World's Man of the Year (for 2017) for his leadership and resolve to bring prosperity to 1.3 billion Chinese people through sustained economic growth, not only to alleviate them from poverty but also to provide them quality and happy life as the country pursues its aspiration to attain moderately prosperous society onward to building a new level of socialist state by 2049, the centennial of the PRC. China, under the leadership of the Communist Party of China, has showcased to the world not only the scientific approach on building prosperous socialist society for its people, but also for all the countries to emulate. Indeed, Xi Jinping Though is an effective driver or tool for attaining a new level of development in China and hopefully, this will spill over in other countries, particularly those in the Belt and Road path, including the Philippines.