HEADLINE The felines of the Forbidden City

The felines of the Forbidden City

Although it’s been over a century since the last Emperor walked through the buildings and grounds that make up the Forbidden City, rumor has it that there are still descendants from such times alive and well today, roaming the corridors as they have ever since the 1400s. But it might surprise you to learn who they are.

Meet the cats of the Forbidden City. According to staff working in the Palace Museum there are over 150 cats now living in the grounds of the palace, some news sources such as Chinadaily.com saying this figure could be well over 200. Some of them, if you believe the rumors, may be descendants of cats owned by the imperial rulers, making these fancy felines royal blood.

Whether or not some of the cats have actually descended from imperial times remains to be proven, but for the most part these cats were strays that now call the palace home. Rather than being a nuisance,

they are a great help to staff at the Forbidden City, helping to keep the palace clean and mouse free in exchange for food and shelter.

The cats are unlikely to be spotted in the busiest, most touristic parts of the palace museum, preferring to spend their days in less crowded areas of the palace. If you want to see how many cats you can spot on your next trip to the Forbidden City, it’s best to explore the quieter courtyards on the outskirts of the grounds. It’s here that these chilled out cats enjoy the good life. 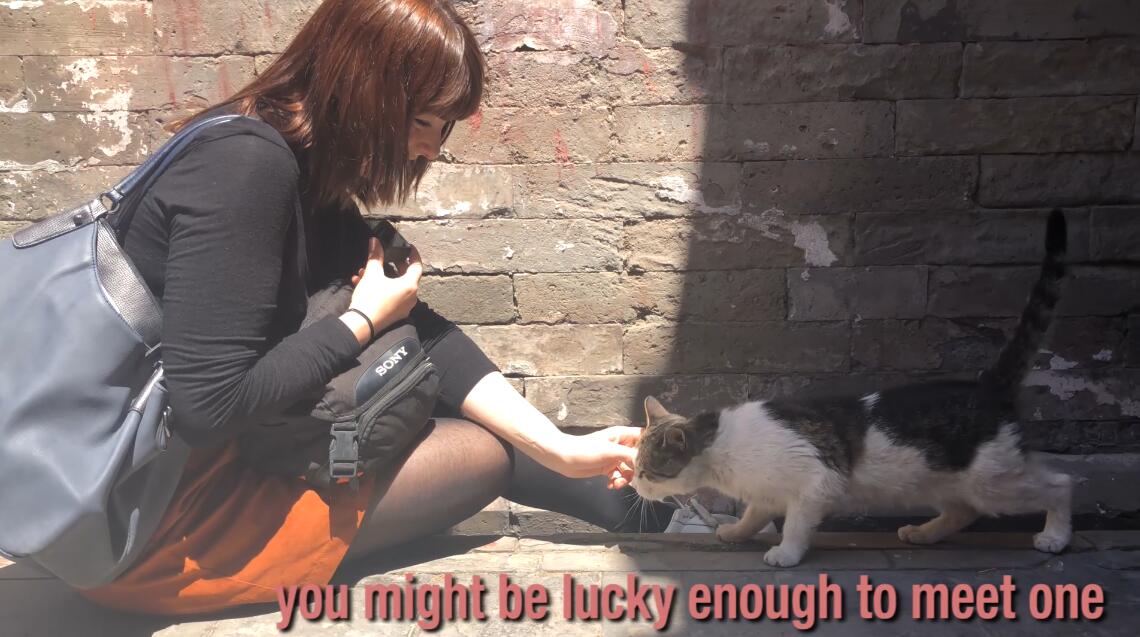 Although the Emperors have long since passed, you may indeed be walking the alleyways and corridors of the Forbidden City alongside royal descendants, just these royals walk on four legs rather than two.