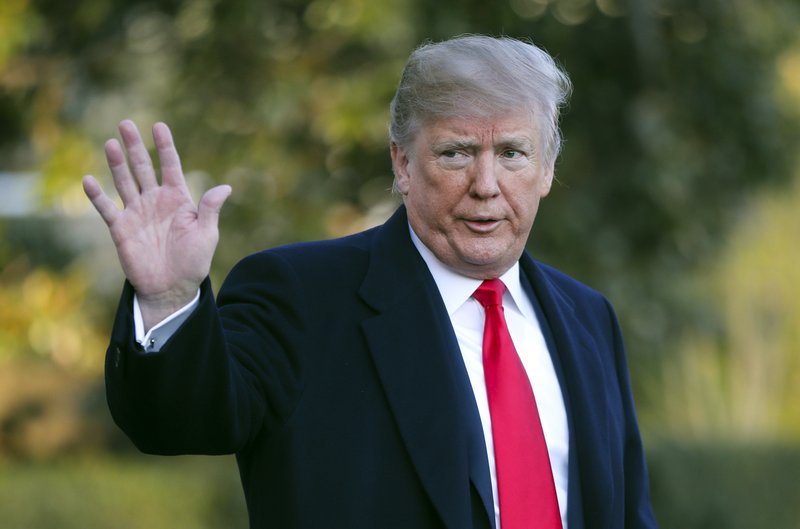 Republican Rick Saccone (suh-KOHN’) is embracing the politics of President Donald Trump as tightly as he can in the final days before a surprisingly competitive special congressional election in southwest Pennsylvania.

Saccone is telling several thousand supporters gathered for a rally with Trump that they must send “an ally of the president” because “we’ve got a country to save.”

He says the race is about “making America great again.” That’s the president’s well-known political slogan adoring hundreds of red hats at the rally.

Polls show Saccone in a tight race with Democrat Rick Saccone in a district that Trump won by 20 percentage points.

Saccone is mocking reporters he says have asked him whether Trump is still popular in Pennsylvania. The crowd roared its approval and began chanting “CNN sucks!”

McDaniel credits Trump for “record unemployment” and bringing “3 million jobs back to America.”

She also says the president “recognizes that manufacturing and steel belong in America and in Pennsylvania.” That appears to be a nod to the president’s decision to impose tariffs on foreign steel and aluminum.

McDaniel didn’t specifically mention tariffs. As the RNC’s leader, she’s an extension of the White House political operation, but she also leads a party that has long championed free trade. Most Republicans on Capitol Hill oppose the Trump tariffs.

President Donald Trump is lending the weight of the White House to a congressional candidate who hopes to keep a Pittsburgh-area House seat in Republican hands.

Trump plans a rally in Moon Township, Pennsylvania, on Saturday night for Rick Saccone (suh-KOHN’), a state representative in a tight race against Conor Lamb, a former Marine and federal prosecutor who’s never run for office before.

The election is Tuesday.

Trump easily won the district in the 2016 presidential race. And the former eight-term incumbent, Tim Murphy, never had a close election, and didn’t even have a Democratic challenger in his last two elections.

Murphy quit last fall after his hometown newspaper reported he had suggested a mistress get an abortion when they thought she might be pregnant.