HEADLINE The settlement of the nuclear issue on the Korean Peninsula in the right direction: FM

The settlement of the nuclear issue on the Korean Peninsula in the right direction: FM

The settlement of the nuclear issue on the Korean Peninsula is taking a step in the right direction, Wang Yi, Chinese foreign minister, told the media on Thursday.

The key issue next is that all parties should put the nuclear issue of the Korean Peninsula into the dialogue. 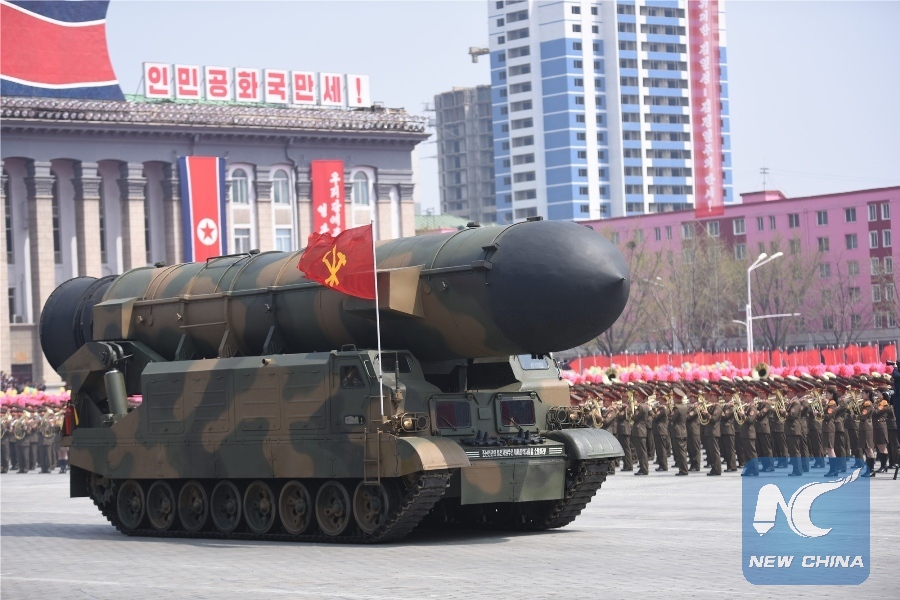 Missile force of Korean People's Army attend a military parade in central Pyongyang, April 15, 2017. The Democratic People's Republic of Korea (DPRK) Saturday showcased its military muscles by parading all of its most-advanced ballistic and tactic missiles, including a submarine-launched ballistic missile which could strike targets 1000 km away. (Photo: Xinhua)

China suggests the US and DPRK conduct a dialogue as soon as possible to actively build a peace mechanism on this key issue, Wang said.

Creating secure relations through equal synergy to resolve problems among all parties including North Korea has been China’s consistent position and the goal of the United Nations Security Council’s resolution, Wang stressed.

Even though the road ahead may be bumpy, now is a crucial window for all parties to solve the nuclear issue on the peninsula. All parties should give priority to the security of the peninsula. China will make efforts to make bilateral and multilateral contacts as soon as possible, Wang added.