The US government's new economic policies run counter to the initial intention: expert

By He Minjie and Bu Chao | People's Daily 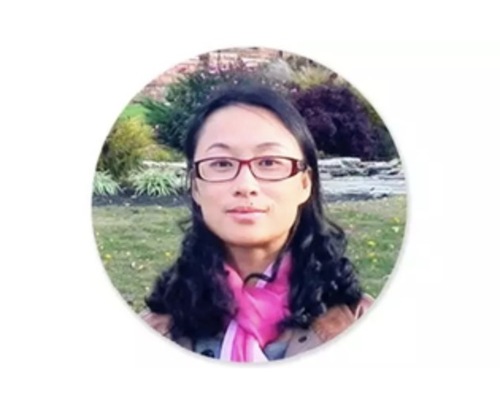 From rejecting the Paris agreement to threatening to withdraw from the North American Free Trade Agreement (NAFTA), each push toward President Donald Trump’s "America First" agenda has drawn strong concerns from the international community.

The US government is obviously trying to attract manufacturing industries to return home with tax cuts and by tweaking international trade rules to increase local employment and close the wealth gap. The question is, would a reversal in the international division of labor in industry achieve these goals?

The unemployment rate in the US has indeed been declining in recent years. There are several factors that drove the result. Above all, the impetus of the world economic recovery and the cycle of economic growth in the US market is driving the job market.

Additionally, the financial and market environment is relatively stable in the country, which has attracted an influx of both funds and talent, forging the sustained growth of the service sector.

Overall the years, a service–oriented industry structure has been established in the US. By August 2017, 80 percent of newly created positions were in the service sector, and 10 percent were contributed by mining and manufacturing industries. In particular, new jobs from the manufacturing increased merely 1.1 percent year-on-year, according the statistics from the United States Department of Labor.

The US carrot-stick game has retained some investment in the manufacturing sector. In the short term, investors that chose to stay have created a small share of new jobs. But with a backdrop of lacking skillful industrial workers and high labor costs, there’s little advantage for low-end manufacturing in the country.

On the other hand, with accelerated development in technology, manufacturing positions are declining all over the world. Trump is facing an impossible mission to bring high-end manufacturing jobs back to the homeland.

To quote Joseph Stiglitz, economist and professor at Columbia University, “If manufacturing jobs do come back to the US they will be done by robots in high tech parts of the country rather than the Rust Belt states.”

Meanwhile, for the few newly created manufacturing jobs, the US government has achieved this goal by preventing the enterprises from opening new factories overseas, which has directly pushed up the costs.

Such costs will inevitably be passed on to consumers, and as a result, the welfare of price-sensitive low-income groups will pay a heavy price, while supportive companies will have lost their competitiveness due to the higher costs.

The US personal income tax system has been target of criticism for its complexity. Even though the whole US economy may get a lift by the country's biggest tax overhaul in three decades, the middle class won't benefit as much as expected from the cut.

The move to reduce the tax rate of overseas repatriation profits of multinational corporations (MNCs) to the tax rate range from 7 percent to 14.5 percent will stimulate the repatriation of the profits to some extent.

The actual effectiveness depends on the investment opportunities in the US.

On the corporate side, many analysts believe that after cutting the corporate income tax rate to 21 percent from 35 percent, companies would invest more in the country and create more jobs.

Meanwhile, the tax cut is going to have a big effect on deficits, and the government usually responds to deficits by cutting spending, which probably will make the middle class suffer the most.

Historical data show that the previous tax cuts in the US have been accompanied by an increased in the level of inflation. Consumption and investment have not increased significantly after excluding inflation.

Another result of tax cuts could be a deterioration of the government’s fiscal state in the short term. Taking the current debt status into account, a tax cut is a risky move.

The US government is committed to withdrawing from NAFTA. Its excuses are based on the belief that the US has not benefited much from the agreement, while job opportunities have been robbed by Mexicans.

What the US government refuses to accept is the reality that with the increasing deployment of intelligent manufacturing, automation has replaced industrial workers, which is the major cause of fewer jobs in industry.

In the first two decades of NAFTA's entry into force, the "cost depression effect" has resulted in the loss of hundreds of thousands of jobs to Mexico. However, with the increasing popularity of intelligent manufacturing, automation has replaced industry transfer as a major cause of job losses.

To make it worse, the US government has launched anti-immigration policies, which will not fix the problem of a shortage of industrial workers, but result in surging costs, even if tariff barriers were re-established and manufacturing was brought back the US by MNCs.

Anti-free trade policies will cause trade-related employment to shrink and the impact will be apparent immediately.

Currently, the US government dreams of negotiating a series of bilateral negotiations and removing barriers one by one, creating more opportunities for its manufacturing industries. Such a unilateral mindset will merely undermine the foundation of US international economic cooperation, because mutual benefits will always be the premise for effective international economic cooperation. Therefore, trade protectionism might run counter to the initial intention of improving the competitiveness of US industries.

The gap to be filled

With its main approach of reviving the manufacturing industry, the US government has not yet identified the right way to raise the income for those with low wages.

If we look into the industrial structure, even if the manufacturing industry returns, the reality of the huge gap between the rich and the poor is too big to be changed.

A repeal or reduction of the inheritance tax will result in the gap between the rich and the poor being passed down, forming an intergenerational pattern.

Trade protection policy might result in low-priced products being kept out of the US market. As a result, the prices of US consumer goods and industrial products will face a new wave of rising prices. Low-income groups will be affected most, widening the gap between the rich and the poor.