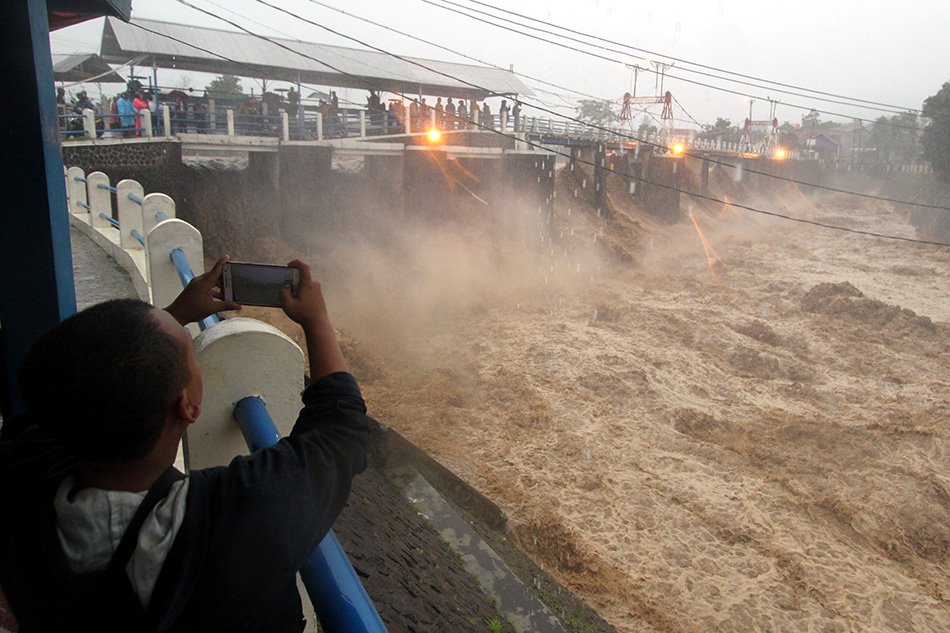 Thousands of residents in Indonesia's capital have been evacuated due to flooding, Jakarta's governor said on Tuesday, though the level of rivers swollen by the release of water from a reservoir upstream was dropping for now.

The torrential rain had also caused landslides in satellite cities around Jakarta, with eight people missing after two landslides around the city of Bogor, police said.

TV footage on Tuesday showed people wading through murky brown water in some neighborhoods of the capital Jakarta.

City governor Anies Baswedan said about 6,500 people had been displaced by floods in parts of south and east Jakarta. "We are making sure that those evacuees receive aid," Baswedan said in a statement, adding that flood waters had receded at the Manggarai floodgates in the city.

A day earlier dramatic TV footage showed fast-running rivers of muddy water gushing down roads, bringing down trees and even some villas in the hilly areas around Jakarta.

Authorities were forced to release water from a reservoir upstream in the city of Bogor as water levels prompted the highest alert.

Police and military personnel have been working with volunteers to deal with the impact of the floods.

City authorities have in the last few years sought to improve low-lying Jakarta's vulnerability to flooding during the rainy season.

More than 50 people died in one of the capital's deadliest floods in 2007 and five years ago much of the centre of the city was inundated after canals overflowed.