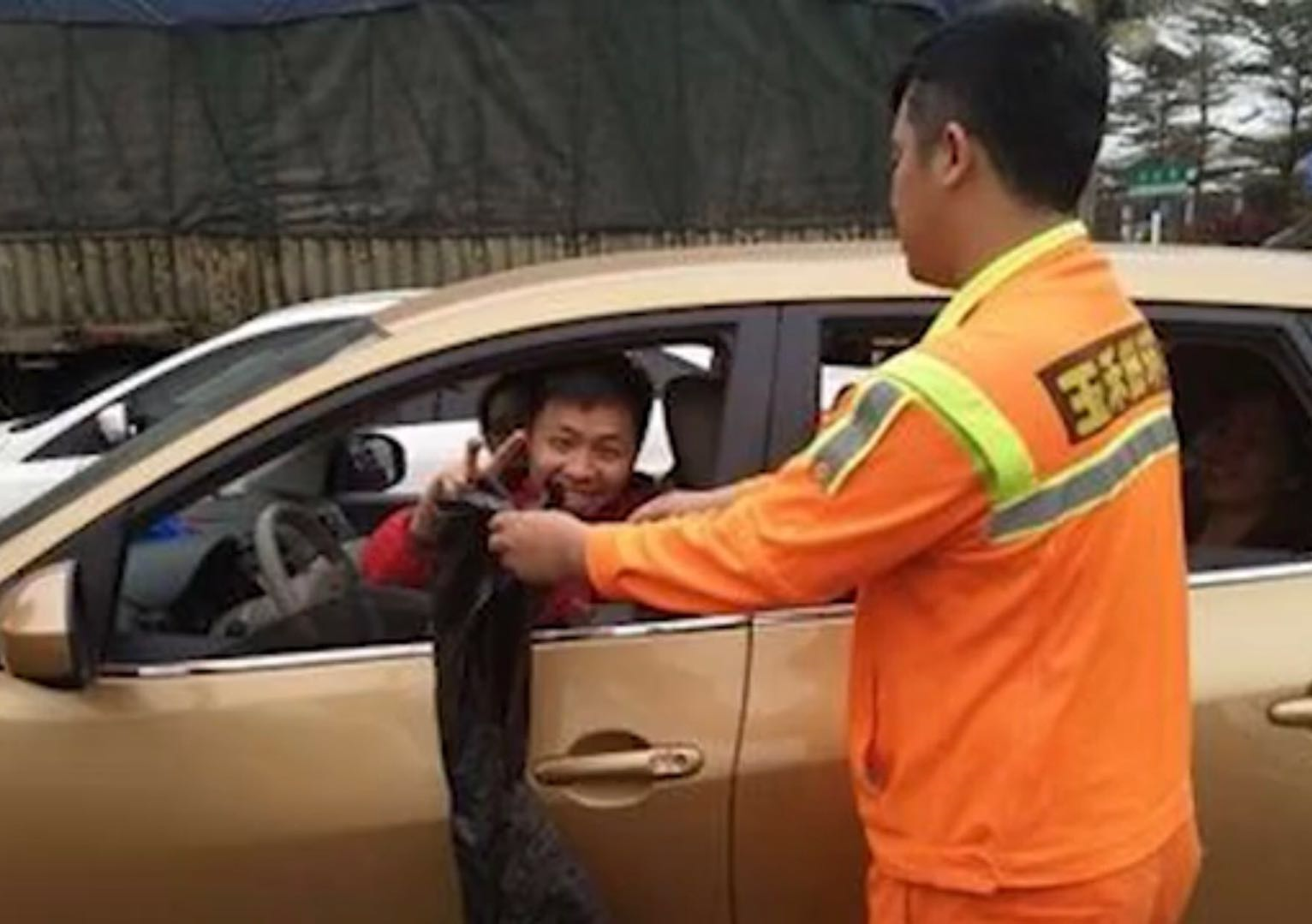 A video of trash piled up alongside a road has gone viral among Chinese netizens.

Ferry services in Haikou, capital city of Hainan Province were suspended  Wednesday night due to thick smog that resulted in roughly 10,000 travelers fighting heavy traffic while trying to return home as the week-long Spring Festival holiday came to an end.

By Thursday morning relief efforts were underway as 21,000 vehicles and 102,000 people were shuttled across the Qiongzhou Strait and into Guangdong Province from Hainan, reported Xinhua news agency.

Chinese travelers waiting for ferry service to resume spent their time playing cards and conversing with others on the side they left their garbage behind.

Street workers and local volunteers found themselves busy cleaning up after the holiday tourists.

Hainan is famous for its tropical climates and beautiful scenery. As one of the most popular domestic destinations for Chinese travelers, it was reported that some 5.67 million visitors spent their holiday on the island province.

Poor visibility conditions along with a shipping mishap on the main water route were revealed to be the sources behind the holiday congestion.