HEADLINE Three things on the platter as Trump arrives in Japan: DPRK, Indo-Pacific and free trade

Three things on the platter as Trump arrives in Japan: DPRK, Indo-Pacific and free trade

US President Donald Trump said on Sunday the United States wants an Indo-Pacific future and a free and fair trade with its Asian partners amid the tension in the Korean Peninsula.

Trump told US soldiers "no dictator, no regime, no nation should ever underestimate American resolution."

Trump delivered a short speech in a military jacket in US Yokota Air Base, west of Tokyo, starting his first leg of the 12-day long Asian trip. 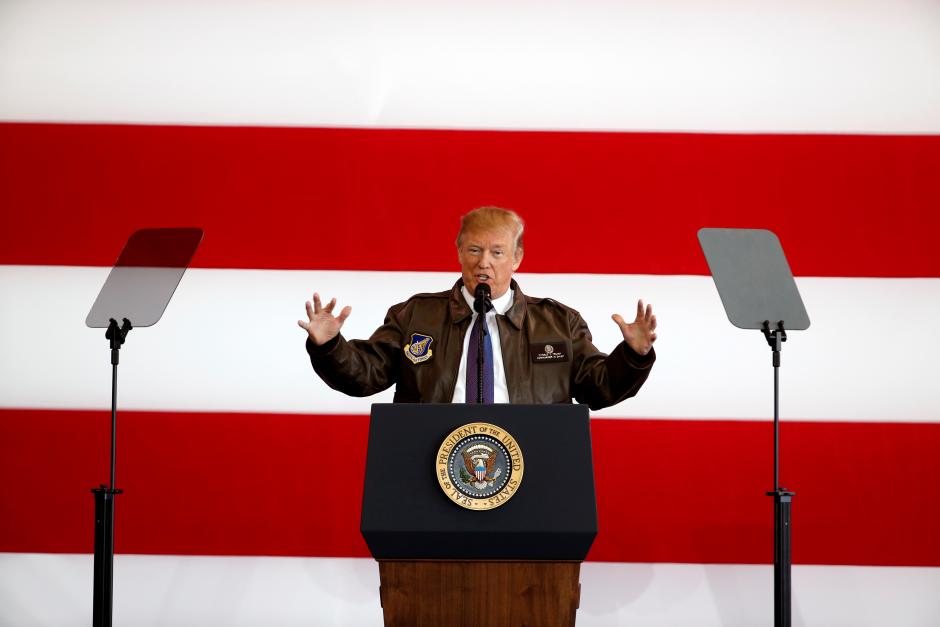 US President Donald Trump addresses members of US military services and Japan Self-Defense Forces at Yokota Air Base in Fussa, on November 5, 2017. Photo: Reuters

After leaving the air base, Trump met with Japanese Prime Minister Shinzo Abe at a golf club north of Tokyo. No further details are available at the informal meeting. 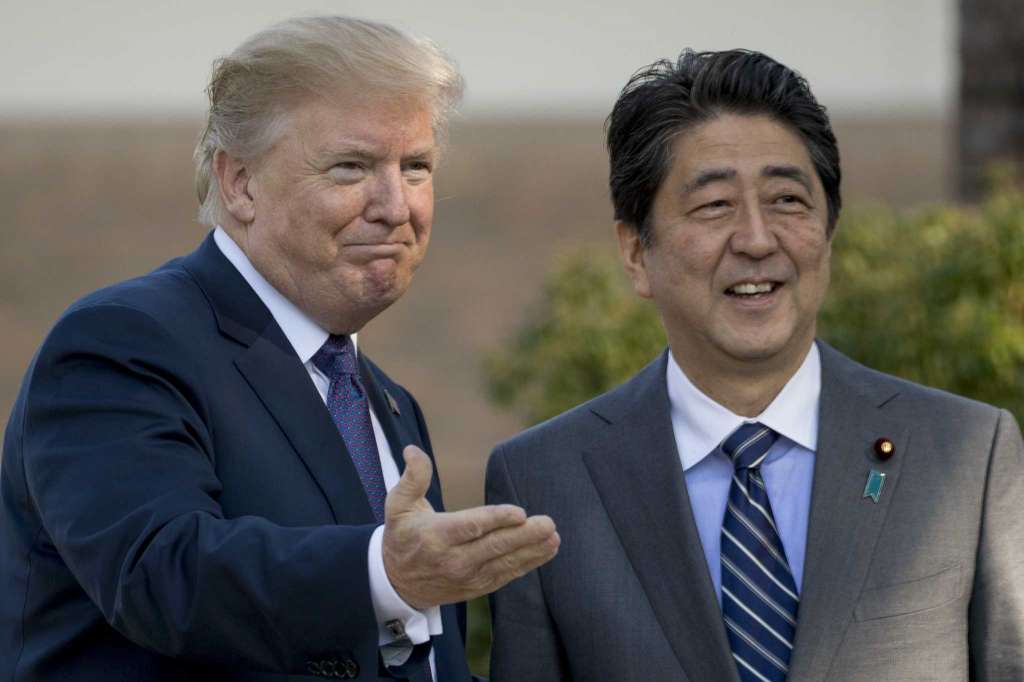 'Putin can help with DPRK'

Before touching down Japan, Trump told reporters on the plane that he plans to meet Russia President Vladimir Putin during the trip, as the international community seeks a solution to the Democratic People's Republic of Korea missile crisis.

"I think it's expected we'll meet with Putin, yeah. We want Putin's help on North Korea (the DPRK), and we'll be meeting with a lot of different leaders," Trump told reporters on Air Force One. 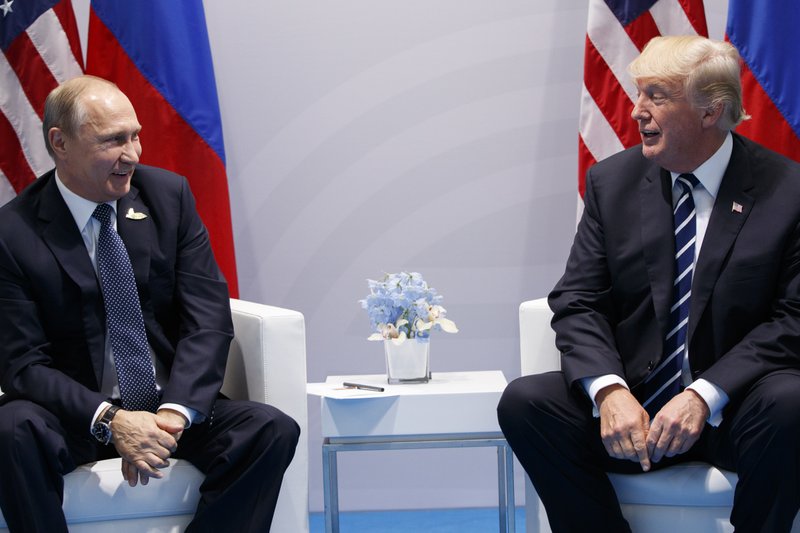 US President Donald Trump shakes hands with Russian President Vladimir Putin during their bilateral meeting at the G20 summit in Hamburg in July 2017. Photo: AP

The country is a "big problem for our country and for the world, and we want to get it solved," he added.

But he said people in the country are "great". "They're industrious. They're warm, much warmer than the world really knows or understands," the US president said.

Trump's marathon trip comes with the DPRK crisis at fever pitch, with US bombers running sorties over the Korean Peninsula and fears mounting of another Pyongyang missile test.

On Saturday, Pyongyang welcomed Trump to the region with a threat to increase its nuclear arsenal and said the idea of talks was "daydreaming", according to the state-run KCNA news agency.

Ahead of the Asia visit, the Trump administration has renamed the "Asia-Pacific" to "Indo-Pacific". Trump also used the term in public remarks.

By using "Indo-Pacific", the administration intends to propagate the idea that it's a region that stretches far beyond East Asia and spans from Australia to India. 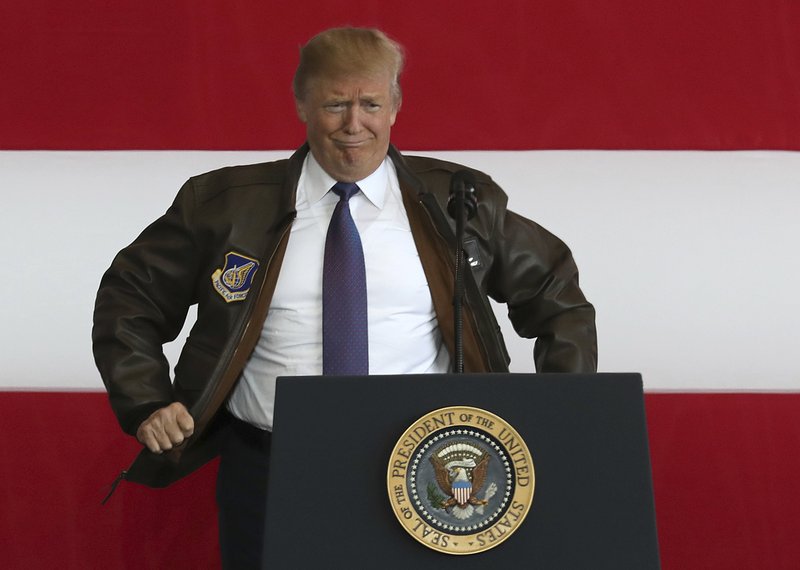 US President Donald Trump gestures after addressing members of US military services at US Yokota Air Base in Japan, on November 5, 2017. Photo: AP

When Secretary of State Rex Tillerson was visiting India two weeks ago, he said the US will expand strategic ties with India. In his speech, he used "Indo-Pacific" 15 times.

The terminology isn't revolutionary. "Indo-Pacific" has been common currency among some foreign policy experts for several years and has been used by India, Indonesia and Australia.

The Associated Press said the term will do little to counter perceptions that Trump has dialed back American engagement in Asia, by trashing trade deals and stoking tension, but the shifting semantics is likely to sow confusion. 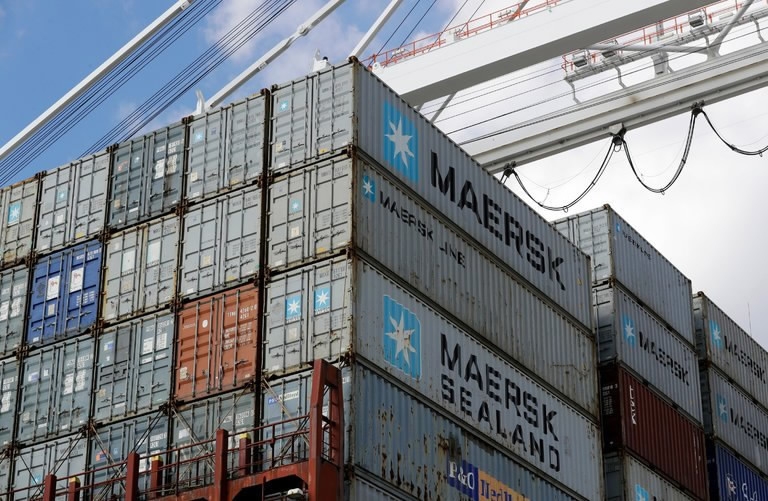 Trump singled out trade, which he said had been "badly handled" in the region for years.

Trade will factor heavily during Trump's trip as he tries to persuade Asian allies to agree to policies more favorable to the United States, a point Trump emphasized.

He has been blaming countries including Japan and China for enlarging US trade deficits.