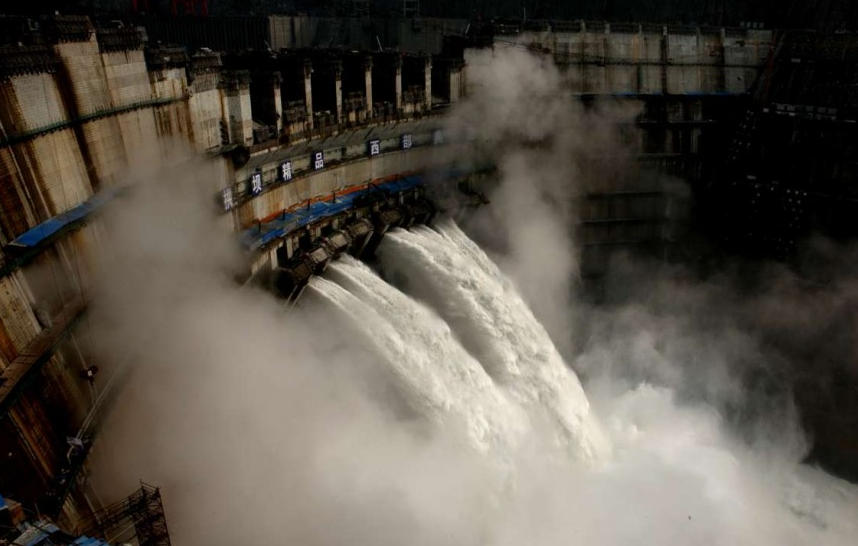 The construction of the Suwalong hydropower station in Southwest China's Tibet Autonomous Region aims to improve the region's energy supply and people's lives, said experts, adding that neighboring countries such as India should not overreact to the project.Construction of the hydropower station, which sits on the upper reaches of the Jinsha River in Tibet, is going smoothly, local authorities told the Xinhua News Agency on Tuesday.The sluice gate on the Jinsha River was closed on Tuesday in preparation for further construction work, Xinhua reported. The station will turn the energy structure green and raise the income of local residents, said Wang Zhengtao, director of the Qamdo City resources development and relocation bureau.Suwalong is located at the junction of Markam county in Tibet and Batang county in Southwest China's Sichuan Province. Because of the crucial location of Tibet's hydropower projects, some media have focused on China's move in this field. The hydropower projects in Tibet focus on maintaining the local economy and improving local people's lives, Xie Chao, an expert at Tsinghua University's Department of International Relations, told the Global Times."For a long time, India has been criticizing China's infrastructure development, which is unreasonable as China has always insisted on negotiating with countries in the lower stream and work in a transparent way," Xie said."It has been India's policy to badmouth China's policy toward Tibet," Xie added. Suwalong is Tibet's first large-scale hydropower plant with a designed capacity of 1.2 million kilowatts and will be able to generate about 5.4 billion kilowatt hours of electricity a year. It will cost nearly 18 billion yuan ($2.77 billion), Xinhua reported. A total of 1,462 people are expected to be relocated for the project, and 631 of them have moved so far, said Hu Guiliang, chairman of the Huadian Jinsha River Upstream Hydropower Development Company.Because of the fragile terrain around the upper reaches of the Jinsha River, support facilities are also needed to reduce the possibility of massive landslides from earthquakes, Yang Yong, director of the Hengduan Mountain Research Institute, told the Global Times on Wednesday. Protection of the local ecology should always be a priority during construction, and the construction should also make sure local residents would not be affected by changes in terrain, Yang said.