Southwest China's Tibet Autonomous Region will start construction on its first, and the world's highest planetarium in 2018, local authorities said.

The planetarium will have the region's largest optical astronomical telescope, with a 1-meter-diameter lens, and become a major regional base for astronomical research and public science education, according to the Science and Technology Department of Tibet. 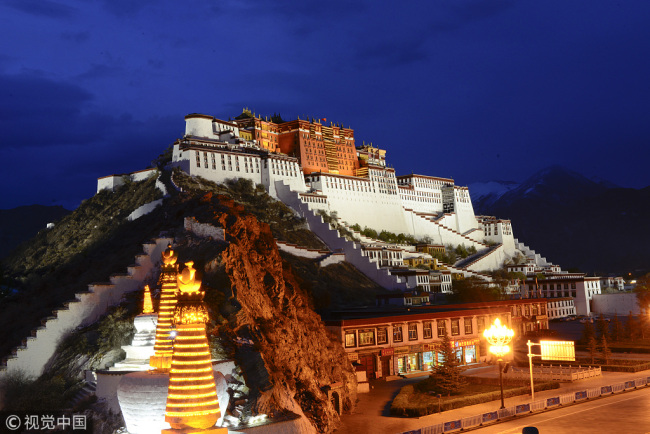 The telescope will be jointly developed by the planetarium and the National Astronomical Observatories, and be used for variable star observation and time domain astronomy, according to the department.

"The installment of the device will enable the planetarium to carry out professional astronomical research," said Wang Junjie, deputy head of the department.

"The planetarium, with the highest altitude in the world, will become a 'perfect window' for the public to get to know the stars and explore the universe, thanks to little air or light pollution in the region," Wang said.

Planned to be completed in 2019, the planetarium will be built within the Tibet Museum of Natural Sciences in the city of Lhasa, according to the department.

Dubbed the "Roof of the World" on account of its position 4,000 meters above sea level, Tibet has superb clear skies, ideal for astronomical observation.