HEADLINE Tillerson says no decision yet on Trump-Putin formal talks

Tillerson says no decision yet on Trump-Putin formal talks

U.S. Secretary of State Rex Tillerson said on Thursday there has been no decision on whether President Donald Trump will have formal talks with Russian President Vladimir Putin at the APEC summit in Vietnam which begins later this week. 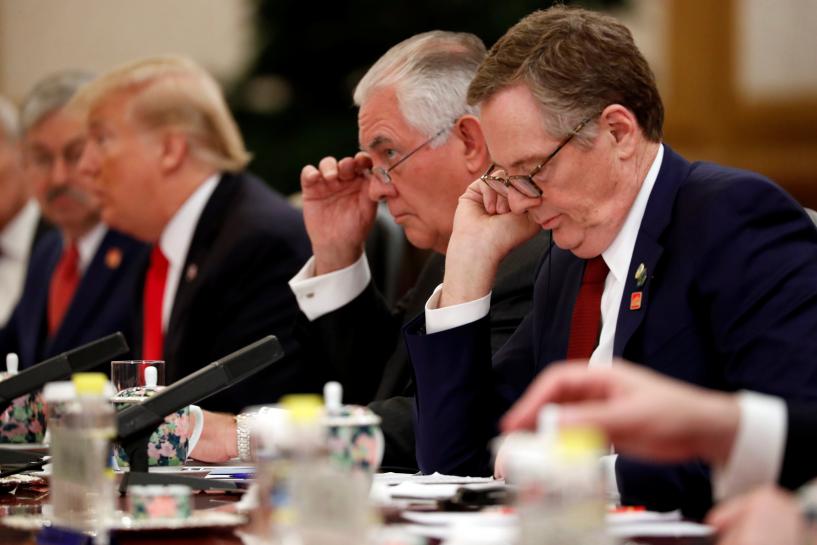 Tillerson, speaking to reporters in Beijing where he is accompanying Trump on his Asia tour, said the question was whether a Trump-Putin meeting would have sufficient substance.