HEADLINE Time could be running out for missing Argentine sub; flares reported

Time could be running out for missing Argentine sub; flares reported 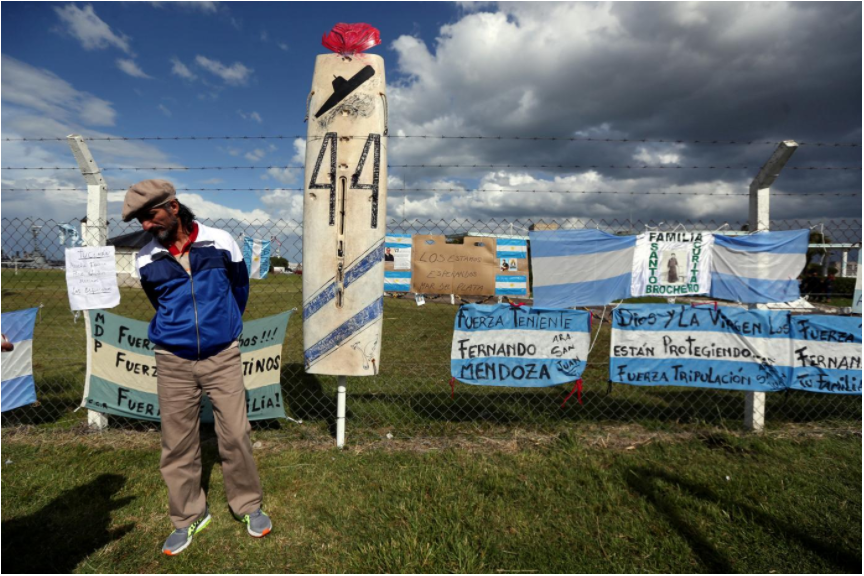 A man stands in front of signs in support of the 44 crew members of the ARA San Juan submarine missing at sea, placed on a fence outside the Argentine Naval Base where the submarine sailed from, in Mar del Plata, Argentina November 20, 2017. REUTERS/Marcos Brindicci

Authorities were investigating white flares spotted in the South Atlantic overnight, as urgency grew on Tuesday in the search for a missing Argentine navy submarine amid worry that its 44 crew members could be running out of oxygen.

Searchers found an empty raft floating in the ocean, and noticed white flares from a distance. But the raft’s brand suggested it did not belong to the ARA San Juan, which was equipped with only red flares for emergencies and green flares for other situations, a navy official said.

Still, boats searching for the submarine were heading toward the flares to investigate further, navy spokesman Enrique Balbi said. The submarine was en route from Ushuaia, the world’s southernmost city, to its base in Mar del Plata and was about 300 miles (480 km) off the coast when it gave its last location on Wednesday, soon after reporting an electrical malfunction.

If the German-built vessel had sunk or was otherwise unable to rise to the surface since it sent its last signal, it would be winding down its seven-day oxygen supply.

“Assuming the worst, that it was underwater and could not snorkel - which means renewing air and oxygen - and could not rise to the surface on its own, we would be in the sixth day of oxygen,” Balbi told reporters on Tuesday.

More than a dozen boats and planes from Argentina, the United States, Britain, Chile and Brazil have joined the search for the vessel. Authorities have mainly been scanning from the sky as storms have halted the maritime hunt. 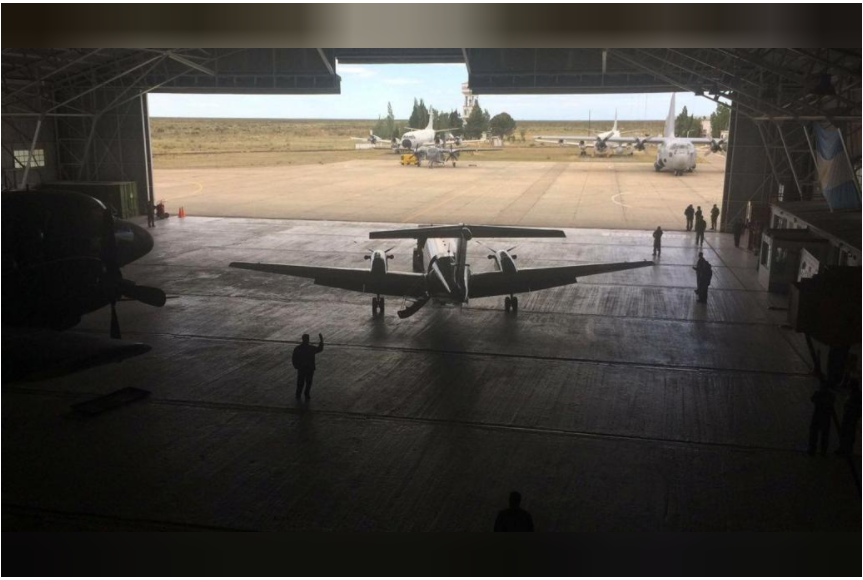 Planes participating in the search for the ARA San Juan submarine that is missing at sea are seen at the Almirante Zar Navy air base in Trelew, Argentina, in this handout released on November 21, 2017. Argentine Navy/Handout via REUTERS

The weather was beginning to improve on Tuesday afternoon as wind speeds slowed and waves that rose as high as 8 meters (26 feet) over the weekend diminished.

Searchers have suffered disappointments in recent days as analysis of satellite signals and sounds detected by underwater probes - initially thought to be messages from the crew - has found they did not come from the vessel.

“Today is a critical day,” said Maria Victoria Morales, the mother of Luis Garcia, an electrical technician aboard the vessel. “We are holding up as well as we can.”

Morales and other relatives of crew members have been gathered at a naval base in Mar del Plata, where authorities are coordinating the search and rescue operation.

The U.S. Navy was preparing on Tuesday to deploy rescue equipment, including a remote-operated vehicle.

The ARA San Juan was inaugurated in 1983, the newest of three submarines in the navy’s fleet, and underwent maintenance in 2008 in Argentina.

That included the replacement of its four diesel engines and its electric propeller engines, according to specialist publication Jane’s Sentinel.