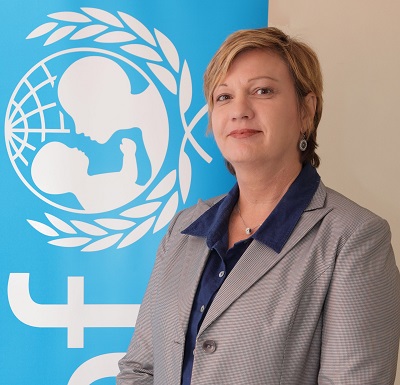 Editor's note:  Child sexual abuse is an important societal concern around the world that affects the health and well-being of the children and families involved. Despite all the media coverage of child sexual abuse, it is still vital for parents, schools and larger society to draw attention to the issue. A better understanding of the problem can prevent future child sexual abuse, which could occur in a variety of settings. In this article, the author shares her insights on the matter and suggestions for prevention and interventions.

Child sexual abuse remains, sadly, a global problem of great magnitude and a traumatizing reality for too many girls and boys across the world. It can take the form of harassment, touching, rape, sexual exploitation in prostitution, child pornography or sexual slavery.

Although the family or child’s home is the most frequently mentioned location by victims, child sexual abuse also happens in schools, care and justice institutions, the workplace, in the context of travel and tourism, and within communities at large.

Perpetrators come from all socio-economic groups, and occurs in developed and developing countries. The Internet and mobile phones increase children’s vulnerability to online predators and increase their risk of sexual abuse and exploitation. This includes exploitation of children in child sexual abuse material, live streaming of their sexual abuse, and online grooming for sexual purposes.

Although the availability of data on child sexual abuse is limited, we know that girls are particularly vulnerable. About 120 million girls younger than 20 years old (1 in 10 girls) have been subjected to forced sexual intercourse or other forced sexual acts at some time in their lives.

For more than 1 in 4 girls, the first sexual intercourse was unwanted and a significant proportion of adolescent girls are first-time victims of sexual violence before age 15.

We should, however, not forget that boys are also victimized but the true magnitude of their sexual abuse and exploitation is unknown, as data on boys is lacking from many countries, and in some including China, laws fail to sufficiently protect boys.

A growing body of research has shown a host of negative, serious short- and long-term physical, psychological and social consequences of child sexual abuse to the child’s development, including their brain development, health and wellbeing. This includes stigma and discrimination, early unintended pregnancy, and increased risk for negative health conditions, including HIV, drug and alcohol abuse, depression, psychological trauma, suicidal tendencies, sexualized and risk-taking behaviors.

While these negative outcomes across the lifespan affects individuals, this also comes at a huge cost to society.

A study on the regional burden of violence in East Asia and the Pacific found that the cost of sexual violence against children, specifically on health and health risk behavior outcomes, is $39.9 billion (in 2013).

Nevertheless, child sexual abuse has not yet been fully recognized as a public health issue requiring adequate investment in prevention and response interventions.

One of the key challenges in tackling child sexual abuse is the sensitive nature.  Stigma, fear and lack of trust in authorities, social tolerance and lack of awareness all contribute to under-reporting by the child victims and their families.

Several countries are yet to develop a professional child welfare system, which is crucial to prevention, identification and support to victims. Currently, much of the abuse and exploitation, in particular sexual violence against boys, never comes to the attention of authorities and child protection services.

Fortunately, child sexual abuse is gaining more attention in the media and social discourse and governments are taking policy and practice action to address the issue.  Over the past years, key evidence-based strategies have been identified, such as INSPIRE, developed by several agencies including UNICEF.

Building on the protections guaranteed in the Convention on the Rights of the Child and the inclusion of addressing violence against children as a target in the Sustainable Development Goals, INSPIRE presents seven strategies for ending violence, including sexual abuse, against children:

Examples of interventions that have successfully addressed child sexual abuse include: introducing tougher laws and better enforcement, coupled with prevention initiatives; improving children’s knowledge about how to protect themselves from sexual abuse; providing cash transfers to families; implementing inter-agency protocol agreements between child welfare agencies and the police leading to improved collaboration between services; establishing specialized Child Advocacy Centers providing a much needed wide-range of services in one location; and providing individual and group cognitive-behavioral therapy resulting in decreased psychological harm among adolescents exposed to trauma, including physical and sexual abuse, during childhood.

(The author is the UNICEF Representative to China)