Time magazine names #MeToo movement as 'person of the year' 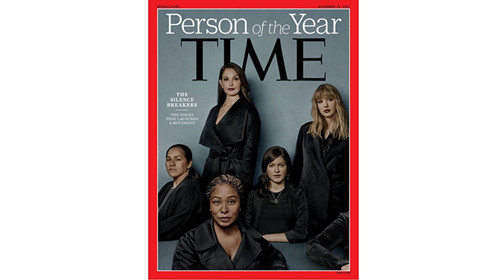 Time magazine has named the social movement aimed at raising awareness about sexual harassment and assault, epitomized by the #MeToo social media hashtag, as the most influential "person" in 2017, the publication announced on Wednesday.

"This is the fastest moving social change we've seen in decades, and it began with individual acts of courage by hundreds of women - and some men, too - who came forward to tell their own stories," Time editor-in-chief Edward Felsenthal told NBC's "Today" program, referring to them as "the silence breakers."