"Time to move from promises to action," UN envoy urges Malian parties to fulfill peace accord 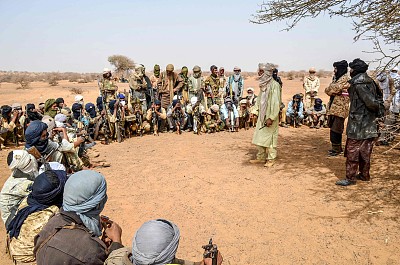 New York (People's Daily) – Despite an ever-precarious security situation that has claimed lives of civilians and United Nations peacekeepers alike, the peace process in Mali is making headway following a timetable leading to elections later in 2018. While Malians must ensure the successful holding of elections this year, their priority should be the implementation of the 2015 peace agreement, a senior United Nations official said Wednesday at the meeting of the UN Security Council on the latest situation in Mali.

In March 2012, a military coup took place in Mali, and a number of rebel forces appeared in the north of the country. In April 2013, the Security Council adopted a resolution to establish a UN Multidimensional Integrated Stabilization Mission in Mali （MINUSMA）to support the political process in the country and carry out other security-related tasks. On May 15, 2015, the Malian government signed a "peace and reconciliation agreement" with armed groups in the northern region, and finally completed signing the agreement on June 20. 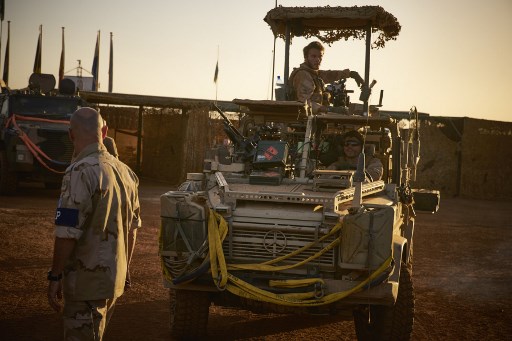 A picture taken on November 29, 2017 shows Dutch soldiers of the MINUSMA (United Nations Multidimensional Integrated Stabilization Mission in Mali) contingent at their base in Gao. Photo: VCG

Mahamat Saleh Annadif, who is also head of the MINUSMA, said significant developments were seen in the past three months, including the appointment of a new prime minister, Soumeylou Boubèye Maïga, who, in March, toured the restive north and central regions, as well as a growing level of trust between the signatories of the 2015 Agreement.

While progress towards peace was being made, the fact that 2018 was an election year could not be overlooked, Annadif said, with presidential elections scheduled for July 29 and August 12, followed by legislative elections in November and December, he emphasized the urgency of sticking to the electoral timetable.

"The peace process is complex, but it is time to move from promises to actions to meet agreed deadlines," he said, adding that advancing the peace process and holding the elections must go hand in hand.

In terms of preparations, he said, an agreement is in place to revise the electoral law and an order has been placed for 8 million voter's cards.

In line with its mandate, MINUSMA has started to lend technical and logistical support, including the distribution of election materials and deployment of electoral personnel, while also preparing for any potential violence. 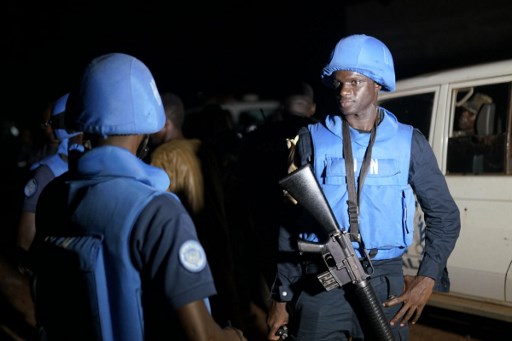 With the UN Country Team, MINUSMA has launched an initiative to promote the restoration of a state authority in central Mali, as well as economic growth and the provision of social services.

Annadif also emphasized the need for the training of peacekeeping troops, adding that the mission remained about 100 armored vehicles short. Countries contributing troops and police have been asked to do what they can to fill the equipment gap.