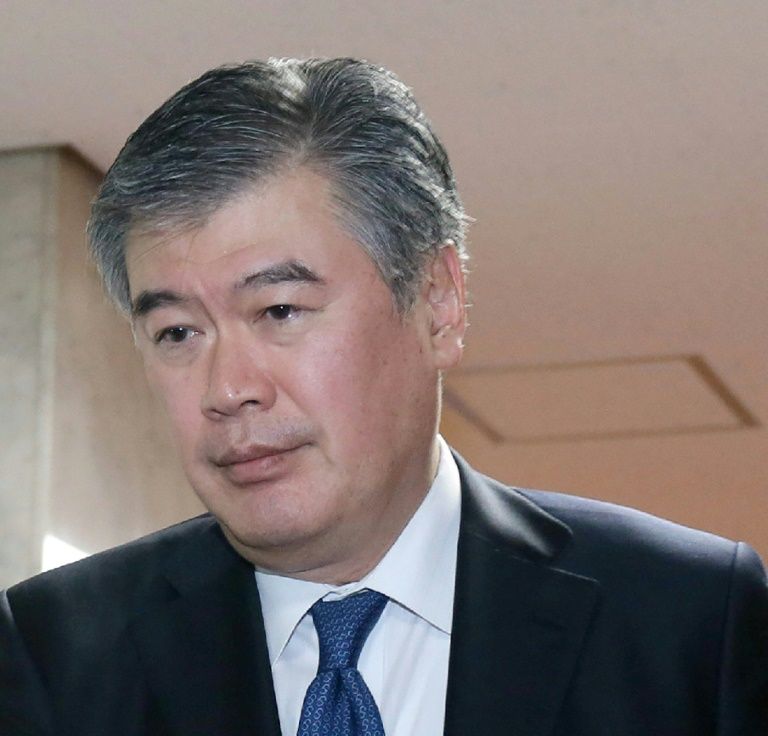 Junichi Fukuda has denied a magazine report he harassed several women, but calls for him to step aside have grown in recent days, and Finance Minister Taro Aso said Wednesday that he had accepted the bureaucrat's resignation.

"(He) offered his resignation saying that it was hard to continue to fulfil his responsibilities with the situation triggered by the reports, although he wants to clear his name, and I decided to accept this," Aso told reporters.

The Shukan Shincho magazine last week reported that Fukuda had made inappropriate comments to several female journalists and on Friday released audio of what it said was the top bureaucrat at a bar with a reporter.

"I'll tie up your hands. Can I touch your breasts?" a male voice on the recording says.

"Shall we have an affair once the budget is approved?"

The magazine said several other women, who have not been identified, also accused Fukuda of inappropriate behaviour, including asking to kiss them and take them to a hotel.

Fukuda came out fighting earlier this week saying: "I did not have such a conversation with a female reporter."

"I don't recognise that I made sexually harassing remarks that would make female reporters feel offended," he added in a statement issued through the ministry.

On Monday, Fukuda he said he had no intention of resigning and added that he would sue the magazine for libel.

Aso initially appeared to dismiss the allegations against Fukuda, saying he had given the top bureaucrat a verbal warning and felt he was "sufficiently remorseful."

But he subsequently said Fukuda would be fired if the allegations were proven, and the finance ministry said Monday it had asked independent lawyers to investigate, urging any women who had experienced harassment to cooperate with the inquiry.