HEADLINE Toward a new home: Boy gives brother a piggyback in snow

Toward a new home: Boy gives brother a piggyback in snow 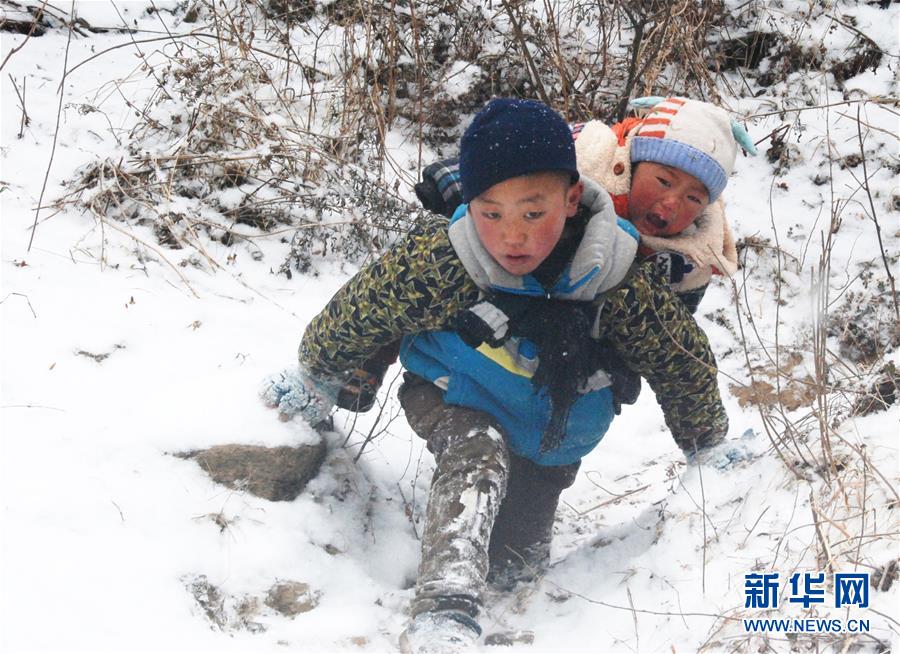 A 9-year-old boy carrying his one-year-old brother on the back on a mountain road amid snow was captured on a reporter's camera in the Liangshan Yi Autonomous Prefecture, southwest China's Sichuan Province last Friday. 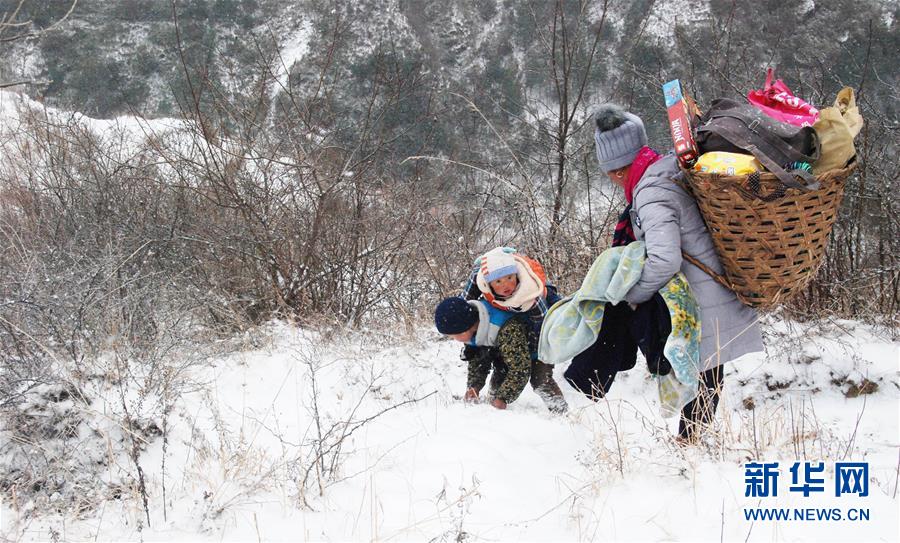 The boys and their mother walked for 50 minutes on the mountain road that has a vertical drop of 200-meter. (Photo: Xinhua)

The boys, followed by their mother carrying a heavy basket, navigated the steep and rugged mountain road, with a vertical drop of 200 meters, for 50 minutes to catch a shuttle bus down the hill, which was scheduled to take them to their new home. 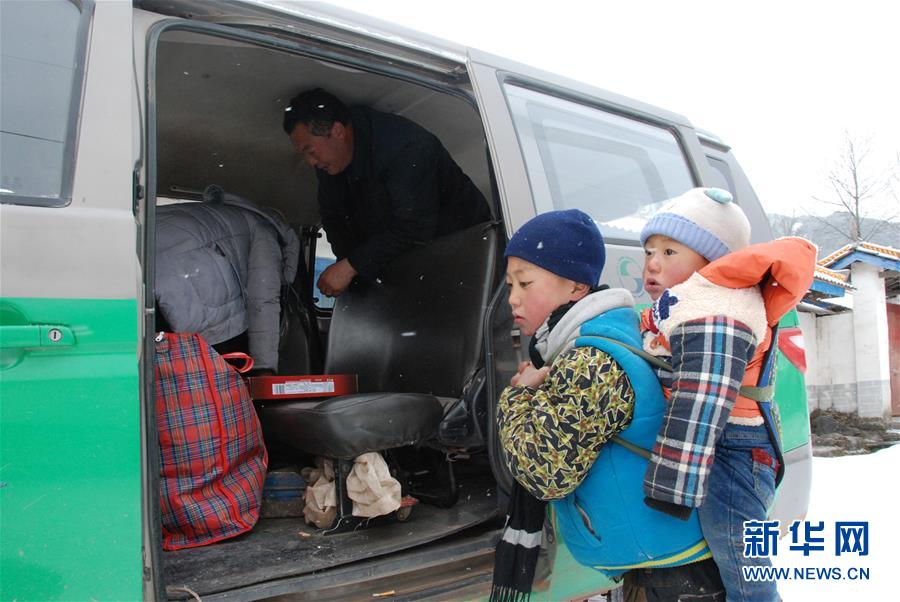 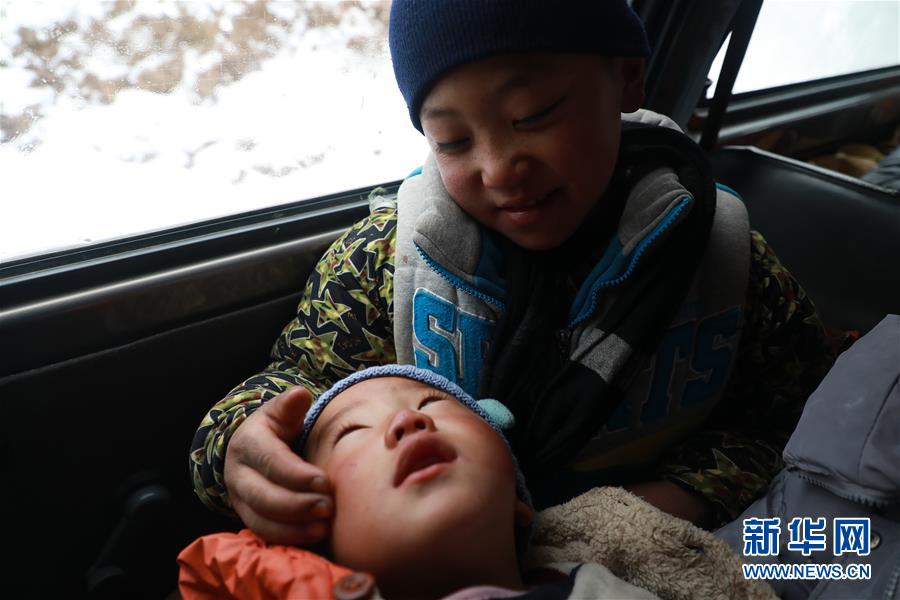 The family catches a shuttle bus scheduled to take them to their new home. (Photo: Xinhua)

The family previously lived in a rural village at an altitude of 2,800 meters and poor living conditions in Yuexi County. 80 kilometers away, it often takes them 5 hours on bus to reach the county’s downtown.

With the work of poverty alleviation, the family was lifted from poverty in 2014, and most of the villagers have left the mountain village and moved to new villages near the county center.

The local government provided the family 30,000 yuan (about $5,000) to construct their own house, and helped the 9-year-old boy enroll at a new elementary school in the county. 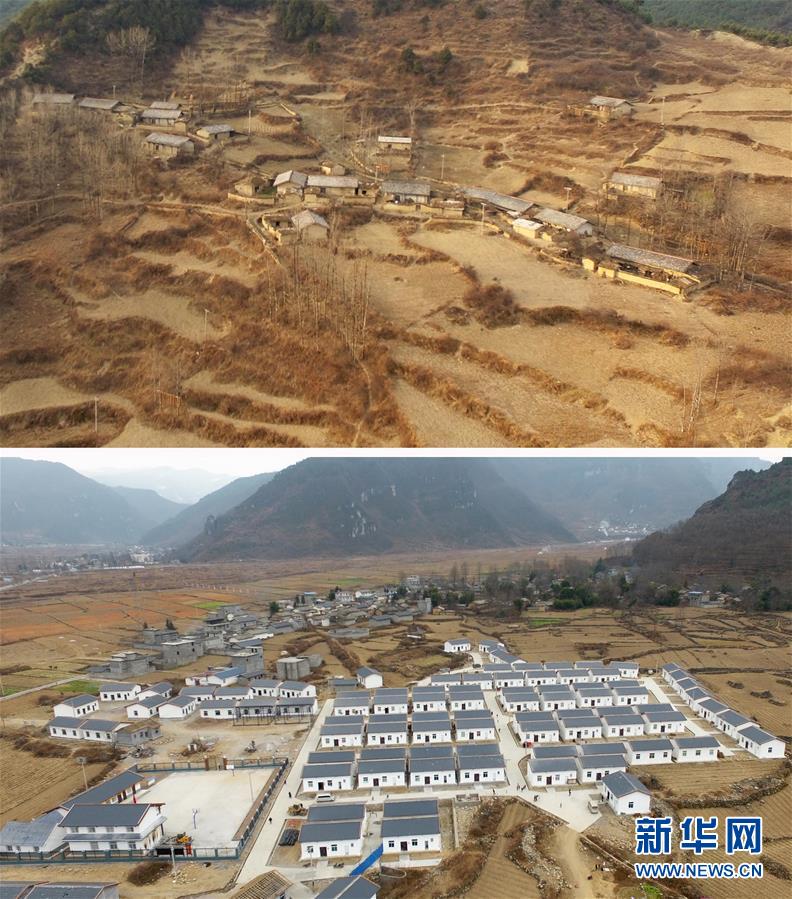 Most of the villagers have left the mountain village and moved to new villages near the county center. (Photo: Xinhua) 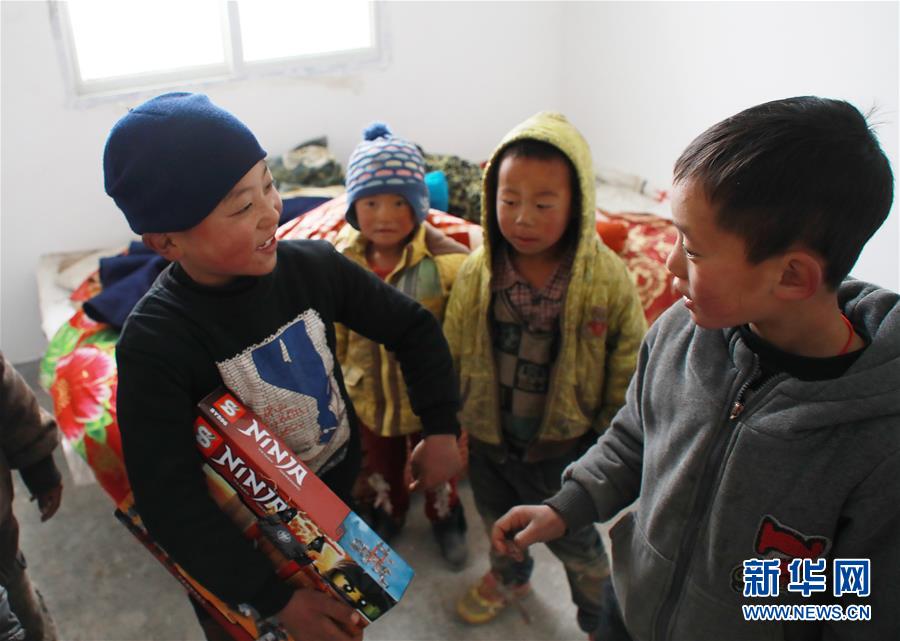 The 9-year-old boy shows his new toy to friends in the new home. (Photo: Xinhua)