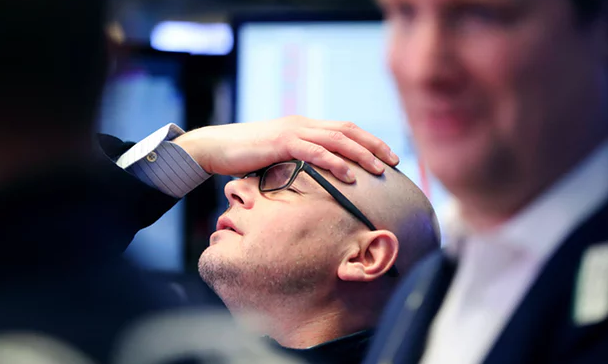 Los Angeles (People's Daily) - Recently, US President Donald Trump has set in motion tariffs on as much as $60 billion in Chinese imports to the US. The White House has identified around 1,300 Chinese products as potential targets which include aerospace, information and communication technology, steel, and machinery.

As a retaliation, Beijing swiftly replied with its own tariffs on US fruits, wine, steel piping and pork, among other goods.

Strike on US' agriculture

US farmers and winemakers expressed the deep worries on Friday over being caught in the middle of a trade war between China and the US.

Wayne Humphreys, an American farmer who farms corn and soybeans and raises hogs and cattle near Columbus Junction, Iowa said that “We’ve invested a lot of time, talent and treasure in developing markets around the world, and with the stroke of a pen, that investment has been jeopardized,” AP reports.

China is the top importer of US soybeans and related products. As world's largest soybean producer, and one of the top exporters, half of the US' soybean exports go to China. Overall, US agricultural exports to China represent about $20 billion annually for American farmers, CNBS says.

China has not included soybeans into its punitive measures against US' agriculture for now. However, China is expected to stay in sync with Washington’s next decision.

Different voices inside the White House

Republican lawmakers are also concerned that Trump’s decision will put many US business groups at risk and will undermine their financial confidence.

According to Los Angeles Times, upon the release of steel tariffs, dozens of industry groups sent a letter to Trump warning that “the imposition of sweeping tariffs would trigger a chain reaction of negative consequences for the US economy, provoking retaliation, stifling US agriculture, goods, and services exports, and raising costs for businesses and consumers.”

Kansas Sen. Pat Roberts, Republican chairman of the Senate Agriculture Committee, suggested that lawmakers may need to consider what he called a “Trump Tariff Payment” to compensate farmers if their crops face retaliation.

Disruption for US technology and electronics giants

If the trade war ever breaks out, technology and electronics industries in the US will surely be at risk.

According to CBS news, tech giant Apple had 20% of its revenue from Greater China in 2017, QUALCOMM incorporated 63%, Skyworks Solutions, Inc. 80%.

Since US companies rely on Chinese suppliers and some have established production lines in China, they will be particularly vulnerable if Beijing chooses to hit back.

"All iPhones come out of China," said Jeff Fieldhack, an analyst at Counterpoint Research. "And other US companies, even if their R&D and development is here in the US, they're still making their parts and assembly in China."

China signed a deal to buy 300 Boeing planes during Trump's fall visit to the country last year. Over the next two decades, China is projected to order around $1 trillion worth of aircraft, according to Bloomberg.

“After the US, China is the largest market for Boeing aircraft in the world; it's about 20-25 percent of aircraft deliveries every year," said Chris Higgins, senior equity analyst at Morningstar. "They don't really need to enact tariffs to retaliate on Boeing; all they need to do is shift purchases to Airbus."

The three major U.S. indexes fell more than 1.5 percent on Thursday, on track for their steepest drop in six weeks, gripped by the growing threat of a global trade war, according to Reuters.

“The markets should dislike the possibility of a trade war between United States and other countries,” said Stephen Wood, chief market strategist for Russell Investments in New York.

“However, there’s a lot of negotiation taking place there. Suddenly we’re seeing smaller numbers and exemptions.”